NEWPORT NEWS, Va. – Four residents from Newport News were sentenced on Thursday for stealing more than 30 firearms, according to the Department of Justice. 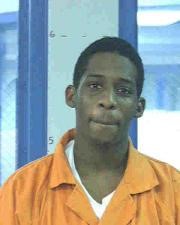 The group broke into the establishment on August 7.

All four of the thieves pleaded guilty to the burglary.

Green was the final defendant to plead guilty and was sentenced Thursday to 10 years in prison and, along with his co-defendants, was ordered to pay restitution of $26,582.76 to the victims in the case.

Court documents state that on August 7, 2015, Green, Shields, Walker, and Washington drove from Newport News to Richmond to carry out their plan to rob a pawn shop.

The group left the planned location because of police presence and went to the Southern Police Equipment shop.

Greene and Shields attempted to disable security measures by ripping the power box off the building.

Greene and Shields then entered the store causing thousands of dollars in damage and gathering over 30 firearms, including rifles, handguns, and a shotgun.

Walker and Washington then picked the other two men up and drove back to Newport News. When they returned, Greene invited members of the gang 36th Street Bang Squad to go to Washington’s home to pick up firearms.

More firearms were given to another 36th Street Bang Squad member in Hampton to sell.

Greene was found to be a member of the gang which is responsible for shootings, murders, robberies, and other violent crimes.

The stolen firearms have been located in many jurisdictions including Hampton, Newport News, and Virginia Beach.