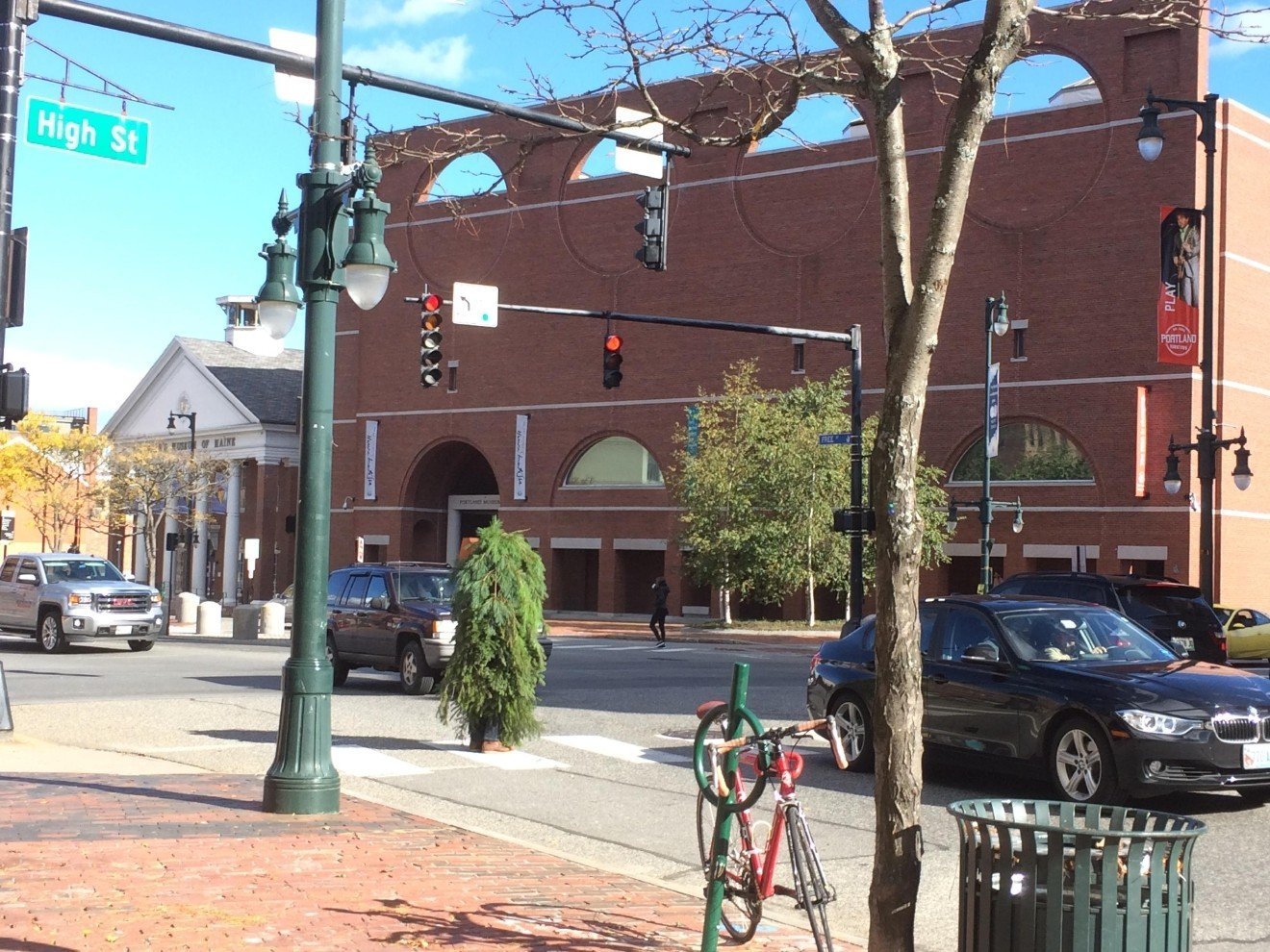 Ok, it wasn’t really a tree, CNN affiliate WGME reported. It was a man dressed as a tree.

The tree, or um, man who was arrested said he stood in the middle of a downtown intersection as a kind of performance art. Asher Woodworth wanted to see how he could impact “people’s natural choreography.”

If by that he meant to get a lot of people to take pictures and videos of him, he succeeded.

Well, police weren’t impressed: he was charged with obstructing a public way.