Paddle flies from truck, impales SUV on I-64; victim left with bill

CHESTERFIELD, Va. – Judy Hinchey was headed home from Virginia Beach, traveling in her 2009 Ford Escape along Interstate 64 at rush hour -- somewhere around West Point -- when it happened.

“There was a pickup truck maybe two cars ahead of me and the next thing I knew this paddle literally flew out of the pickup and I thought that it hit my tire – I thought the tire blew because the whole car jolted – and when I pulled over it had impaled my bumper,” she told WTVR in Richmond.

Hinchey pulled off the highway immediately while the truck continued driving away, one paddle lighter.

The paddle’s impact broke all the brackets across the bumper on Judy’s car, and on the bottom of the lights. A friend did a quick, temporary fix –but it’s already coming undone. 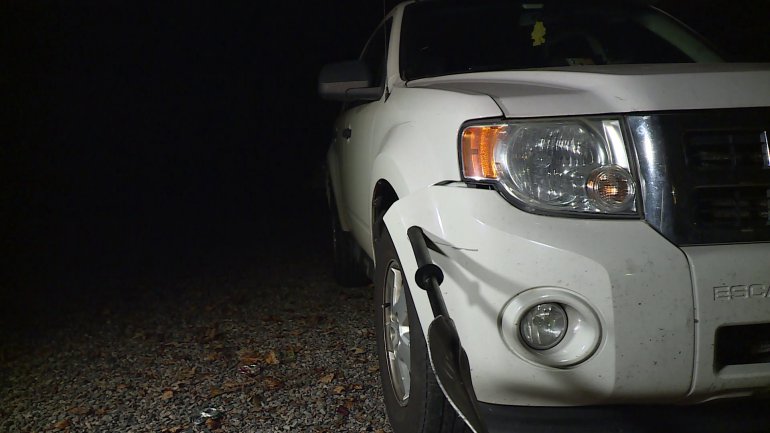 Because Hinchey was unable to get the insurance of the driver, and didn’t file a police report, there isn’t a lot that can be through insurance, her provider told her.

The quotes that she has gotten to replace the fixture have run between $1,200 and $1,800. She posted the pictures on a classified page online to see if there were any other cheaper, local options.

Hinchey said a lot of people reacted to the fact that the paddle was unsecured and able to fly out so quickly.

“This could have been bad,” she said and pointed out that it could have shattered the window.

“It is entirely possible that the driver didn’t even know it was gone until they got where they were going,” she said.

So far she has received a bunch of offers to help at a better price, but has not finalized anything yet.