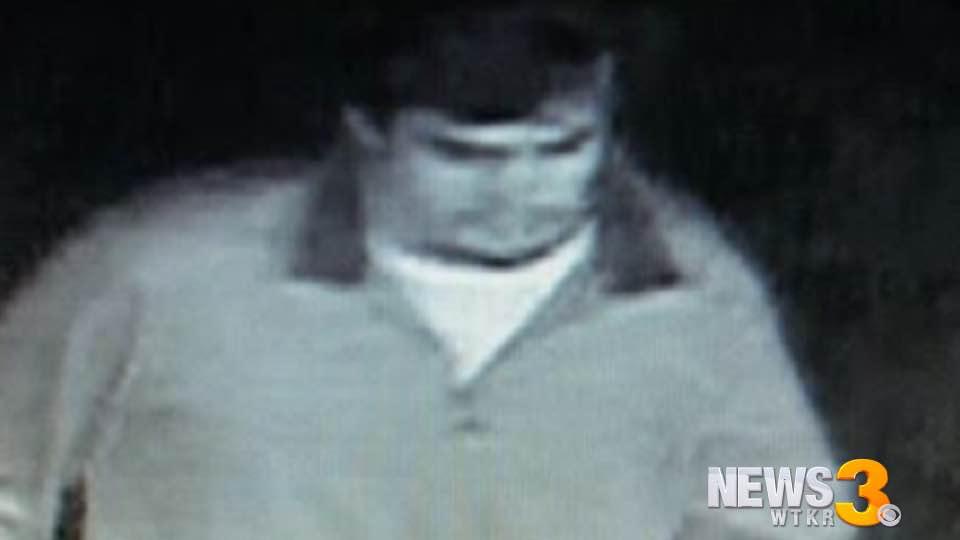 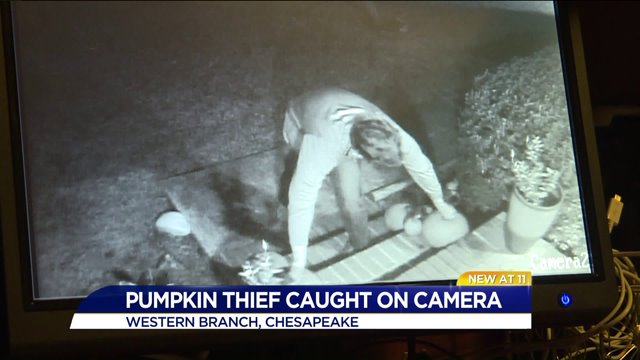 CHESAPEAKE, Va. - A family says their security camera caught a man stealing pumpkins off of their front porch over the weekend in Western Branch.

The theft didn't cost the family much, but they say it's creepy for someone to go up that close to their house and then take their belongings.

"Stealing is stealing. He stole my pumpkins," said Jeremy Harvey. "If it's not yours don't take it."

The family posted the images of the man on several social networking sites, hoping someone will recognize him. They don't want to see him go to jail, but want the thief to be identified.

"It was only $7 worth of pumpkins, but I worked for that $7 to buy those two pumpkins," said Harvey.

The family said they reported the incident to police.