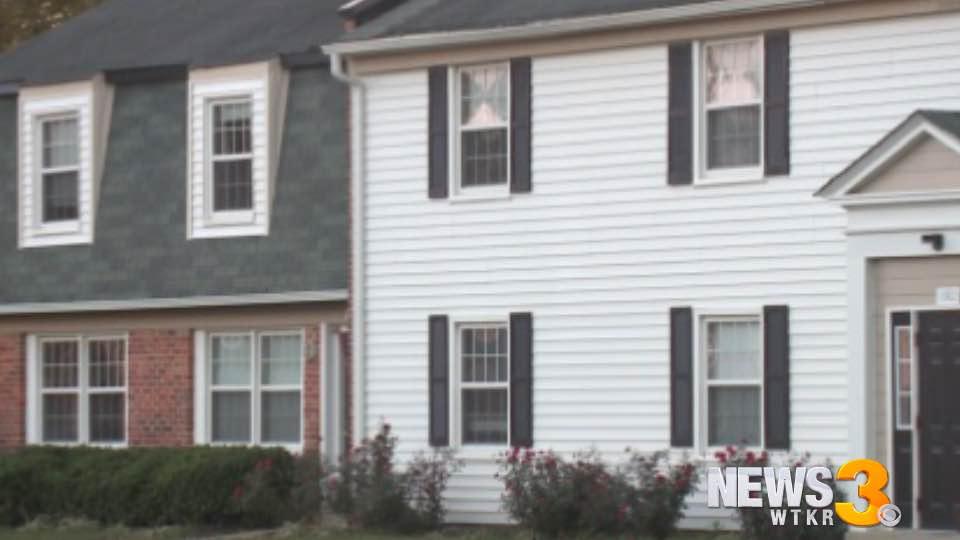 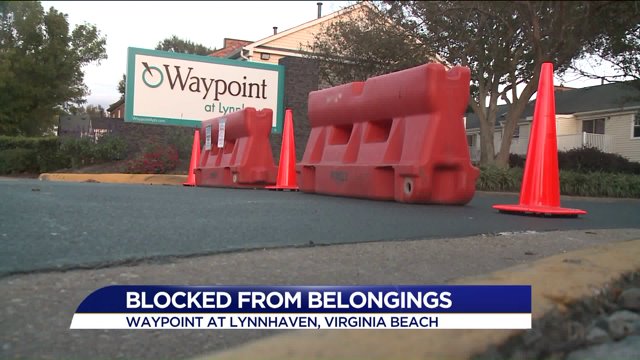 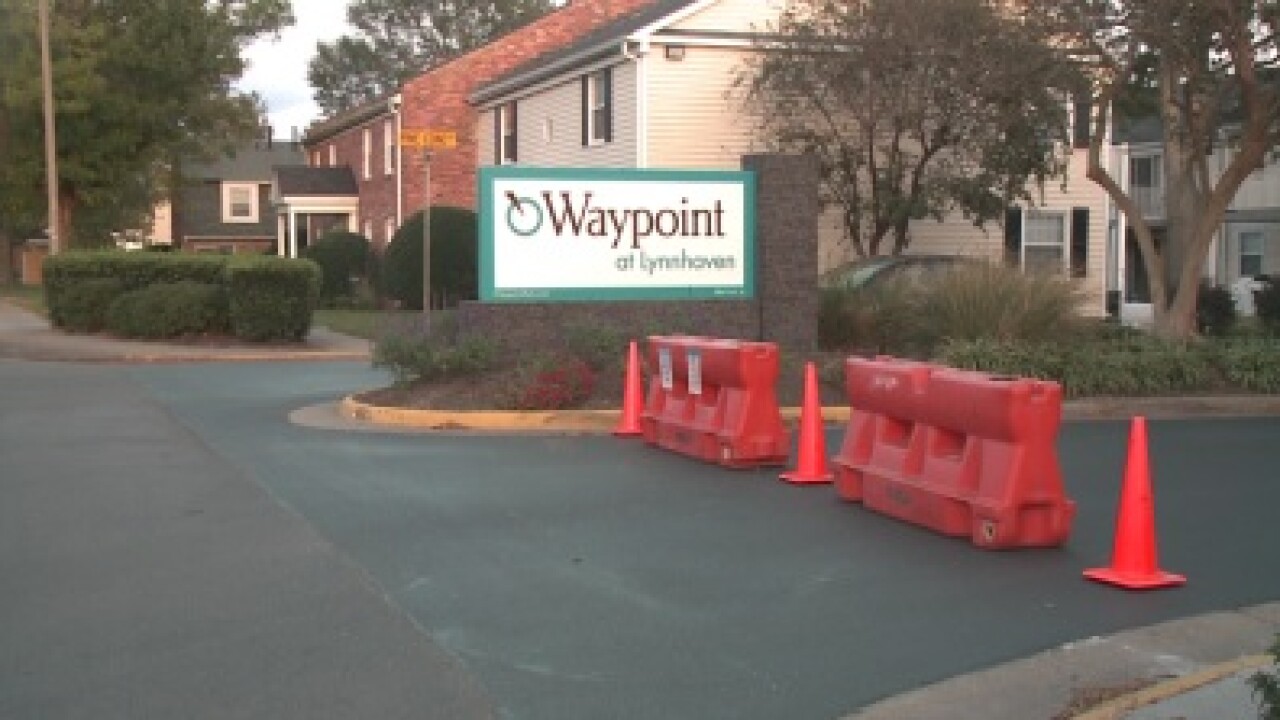 VIRGINIA BEACH, Va. - Some families forced to leave Waypoint at Lynnhaven apartments after asbestos was found during Hurricane Matthew clean-up say they still are not allowed back inside to get their belongings.

Susan La Fleur, like many residents, was relocated to the SpringHill Suites Hotel last week and has to be out by Wednesday. She brought only three outfits with her.

"I've never been through anything like this before," she says. "All I had in that apartment was what I bought, I spent all of my money. I put everything into that Waypoint Apartment."

La Fleur says she got a notice from Waypoint last week, that stated they have until October 31st to terminate their leases and get their belongings or wait an estimated eight weeks for repairs.

She says her daughter drove five hours to Virginia Beach to help her move on Saturday, only for them to be told that the asbestos work already started and they were not allowed inside.

"I am partially disabled, I cannot move that furniture down the stairs by myself, and I said, this can't be."

La Fleur says the notice did list apartment buildings that were currently inaccessible due to the work starting, but hers was not one of them.

She also sent three e-mails to management to let them know she was coming in advance.

"At this point they've lost my trust with how they've handled this," she says.

La Fleur says she is now moving into a new apartment on Wednesday with no clue when, or if, she will be able to get her belongings back.

She is also waiting on a promised $250 security deposit and check for prorated rent.

Attorney Gary Byler told News 3 he is now working with several families who also cannot get their items from inside their Waypoint apartments.

He says until a judge acts, the tenants have a right to access their homes. He is currently working with Waypoint attorneys to work out an agreement.

News 3 reached out to Waypoint at Lynnhaven's corporate management about tenants not having access inside their apartments and we are still waiting to hear back.