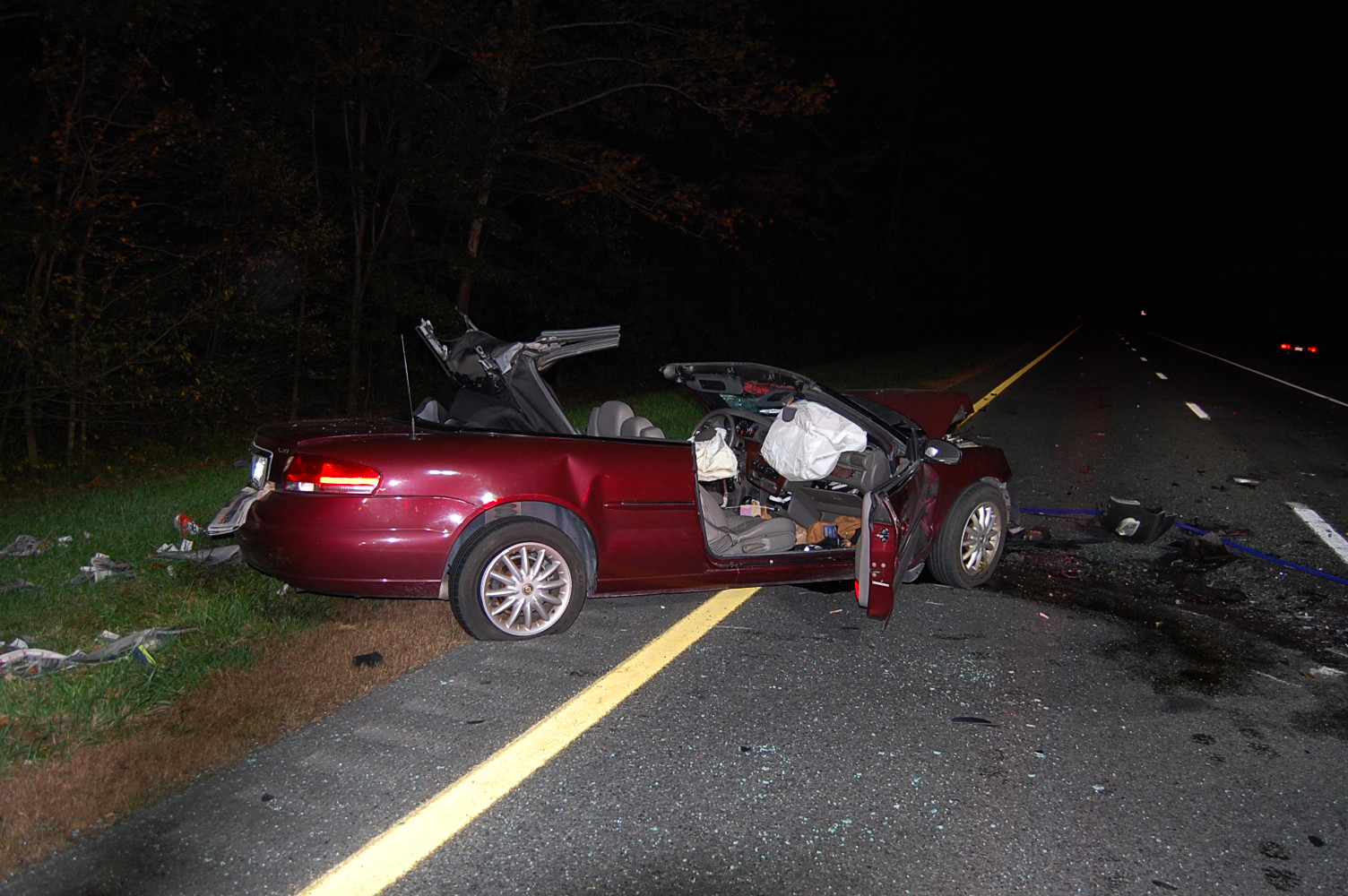 James C. Pavlikowski, 25, of Virginia Beach, died when his 2002 Chrysler Sebring collided head-on with Ford Windstar van at about 11:40 p.m. near mile marker 219 in New Kent County, according to police.

“The crash involved two vehicles one of which was traveling eastbound in the westbound lanes and struck another vehicle head-on,” Virginia State Police spokesman Sgt. Steve Vick said. “The wrong-way driver [Pavlikowski] is deceased, the driver of the second vehicle [a woman] was taken to VCU Medical Center with serious injuries.”

Alcohol is considered a factor in the crash, police said.

The crash closed all westbound lanes of Interstate 64 for several hours overnight. All lanes and ramps reopened by 3 a.m.