LOUDOUN COUNTY, Va. -- Some Virginia dog owners are angry that no charges have been filed against the man who shot and killed a puppy in a Loudoun County park.

Macie, an 11-month-old Labrador mix, died last week along the trails of a wildlife sanctuary of Algonkian Regional Park.

Her owner, Susan Smith, was walking Macie off-leash when the dog ran and jumped near an older man and woman.

That man pulled out his 38-revolver and fired.

"She died in my arms. It is extremely painful. She was a good dog," Smith told WUSA9, sniffing back tears. 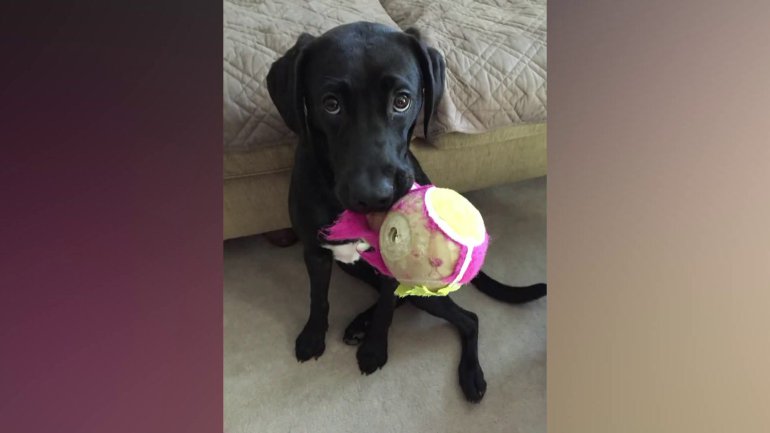 Smith said she took Macie on that same walk daily and didn’t have a leash on her because no one was in sight.

On this particular day, Smith says her puppy and a dog that was with her group ran towards the older man and woman on a nearby trail.

Macie and starting "dancing" or jumping up behind him, said Smith. She said she could still see Macie and she never made physical contact with the man.

The 50-pound dog was struck in the torso and bleed profusely before dying in Smith’s arms about five minutes later.

As the man walked by her as she hunched over her dead dog near the road, she said he looked down and said, "I'm sorry for your loss."

The director of Loudoun Animal Services says the man was not charged because there was no "willful act of cruelty." The director said the man felt threatened by the 50 pound dog that was less than three feet away from him.

The man’s name has not been released, but the director confirms he was legally allowed to carry the weapon.

People in the community are outraged and now calling for a review of the shooter's permit.

That decision would be up to the circuit court in the county, but because there are no charges in the case, a permit review is not expected to happen.

"You can't crack a beer down at the park pavilion but you can pop a dog with your gun!" Smith said.