From star athlete to drug addict: How a Navy sailor got three life sentences for robbery

BURKEVILLE, Va. - A destination wedding and a white dress might seem like every bride’s dream, but when your destination is a prison cell, the warden has a say in your wedding gown.

Vandy Hill holds up the wedding dress she wore to marry a prisoner.

“This is the dress I wore,” said Vandy Hill, pulling a white dress out of a Rubbermaid box. “As you can see it has got the long sleeves.”

Hill is a Utah resident, and her fiancé was her high school classmate and soul mate, Leonard Singleton. They separated after graduating from a high school in Tulsa, Okla,, and both went on to college. After college graduation, Hill went searching for him.

She had been searching for 28 years.

“He has always stuck with me in my mind because one day in Miss Carnegie’s math class, he stood up and announced to the whole class, ‘Vandy Hill, I just love you.’”

However, when Hill finally found him, Singleton was at the Nottoway Correctional Center in Burkeville, Va. His sentence? Two life sentences plus another 100 years.

“Of course my thought was, ‘Oh Lenny, what did you do? Did you kill somebody?’” said Hill, remembering her reaction at the news.

However, court records show Singleton’s crime wasn’t murder. He was charged with robbery.

During the summer of 1995, Singleton committed eight grab-and-dash robberies in Norfolk and Virginia Beach in seven days. He stole less than $550.

Click here to read the apology letter Singleton wrote to his victim years ago.

During the robberies, court records show Singleton would threaten clerks for money by pretending to have a weapon.

In only one instance, Singleton brought an actual weapon: a table knife from his kitchen.

The clerk Singleton threatened with the knife told News 3 she was frightened at the time of the incident, but had no idea Singleton was serving essentially 300 years for his crimes. She did not want to be identified.

“It was sad that it happened to me,” she said, “but you know, you have to move on. I even forgot about it until you called me.”

While never touched anyone with a weapon, the knife classified Singleton as a violent offender.

“I just hope they given him a second chance,” she said.

The sentencing: from star athlete, to drug addict, to three life sentences

Both court records and Singleton say he committed the robberies when he was high on drugs and alcohol. He stole to feed his crack addiction.

Singleton was a navy sailor before he succumbed to his drug addiction.

“I cannot tell you how many times I sat in the park in Norfolk crying and asking God, ‘God if this is all there is, I don’t even want to live anymore,” Singleton told News 3 via phone from prison.

A high school star athlete, college graduate and navy sailor had his life quickly taken from him by addiction.

“When I was arrested, when the detective caught me, I thanked him,” said Singleton. “I told him now I can get my life together, and I admitted everything I did.”

A first time drug offender, Singleton pled guilty. However a hard-bitten judge, and a tough stance on drug offenders in the 1990s did not work in his favor.

Virginia’s sentencing guidelines recommended between 40 and 50 years for Singleton’s crimes, but the judge gave Singleton two life sentences and an additional 100 years to serve instead.

“Honestly, after he sentenced me, I did not think it was real. I was thinking, ‘You know what? This is going to get straightened out soon.’”

But it wasn’t straightened out. A year before Singleton’s crimes, Virginia abolished parole, and year after year, his appeals were denied.

However, Singleton says he has never accepted he would die in prison.

“The moment you accept a death sentence, you lose hope.”

The cost of incarceration

Singleton has spent the majority of his time locked away at the Nottoway Correctional Center. During that time, taxpayers have spent over $500,000 to keep him behind bars.

If Singleton serves his entire sentence, taxpayers are expected to spend well over $1 million to keep a man who stole less than $550 locked up.

A letter from the assistant Warden at Nottoway Correctional Center shows Singleton has never had an infraction during his incarceration. He holds a leadership position at his prison woodworking job, volunteers at the prison church, and has taken “just about every self-help class there is.”

Then of course, there is Vandy Hill.

“It was unbelievable,” Singleton said, laughing over the phone. “By the time Vandy found me, I had been incarcerated 17 years.”

Hill dedicated herself to helping Singleton, and has since written over 500 people about his sentencing.

Click here to read an excerpt from Singleton and Hill's book Love Conquers All: How Love Delivered Her from Cancer & Him from Prison

However, Hill says Singleton helped her too.

Through their letters, Singleton encouraged a healthy lifestyle, and she credits Singleton with helping her lose enough weight so she could feel the lump in her breast.

In March 2013, Hill was diagnosed with stage IV breast cancer, and a tumor threatening to paralyze her from the neck down.

Suddenly, more than 2,000 miles apart, both Singleton and Hill were fighting for their lives.

“I know a lot of people must be wondering, why on earth would you marry somebody who’s been given three life sentences? But I cannot even begin to explain the amount of joy, happiness, positivity and hope that reuniting with Lenny has given me.”

“We got to spend about an hour after we were married,” said Hill, through tears.

“Of course, [crying] is what happens when I leave, every time. That place is so small and mean and harsh and it is so not Lenny.”

His appeals exhausted, Singleton has one option left: a pardon from the governor, who is reviewing Singleton’s 115 page petition for release.

“I cannot reiterate this enough: the remorse I feel for the crimes I committed, I do not know if that will ever change for me,” Singleton said via phone. “But what I would like is an opportunity to give back.”

Governor McAuliffe has until the end of his term to grant or deny Singleton’s petition.

If released, Singleton says he will use his life experiences to give back to troubled teens and drug addicts headed down the same road he was once on, not realizing what they are about to face.

“It hurts my heart to see so many young people coming in here who I can help if given the chance, before they get here,” said Singleton.

While the Governor reviews Singleton’s petition, Hill continues to wait for her soul mate.

“Our thoughts create our reality,” said Hill. “I believe that love conquers all and that miracles still happen.”

He is a man Hill wants to save, because he saved her.

“I hate leaving him there,” said Hill. “It’s like flying home, I feel like I left half my heart in Virginia.” 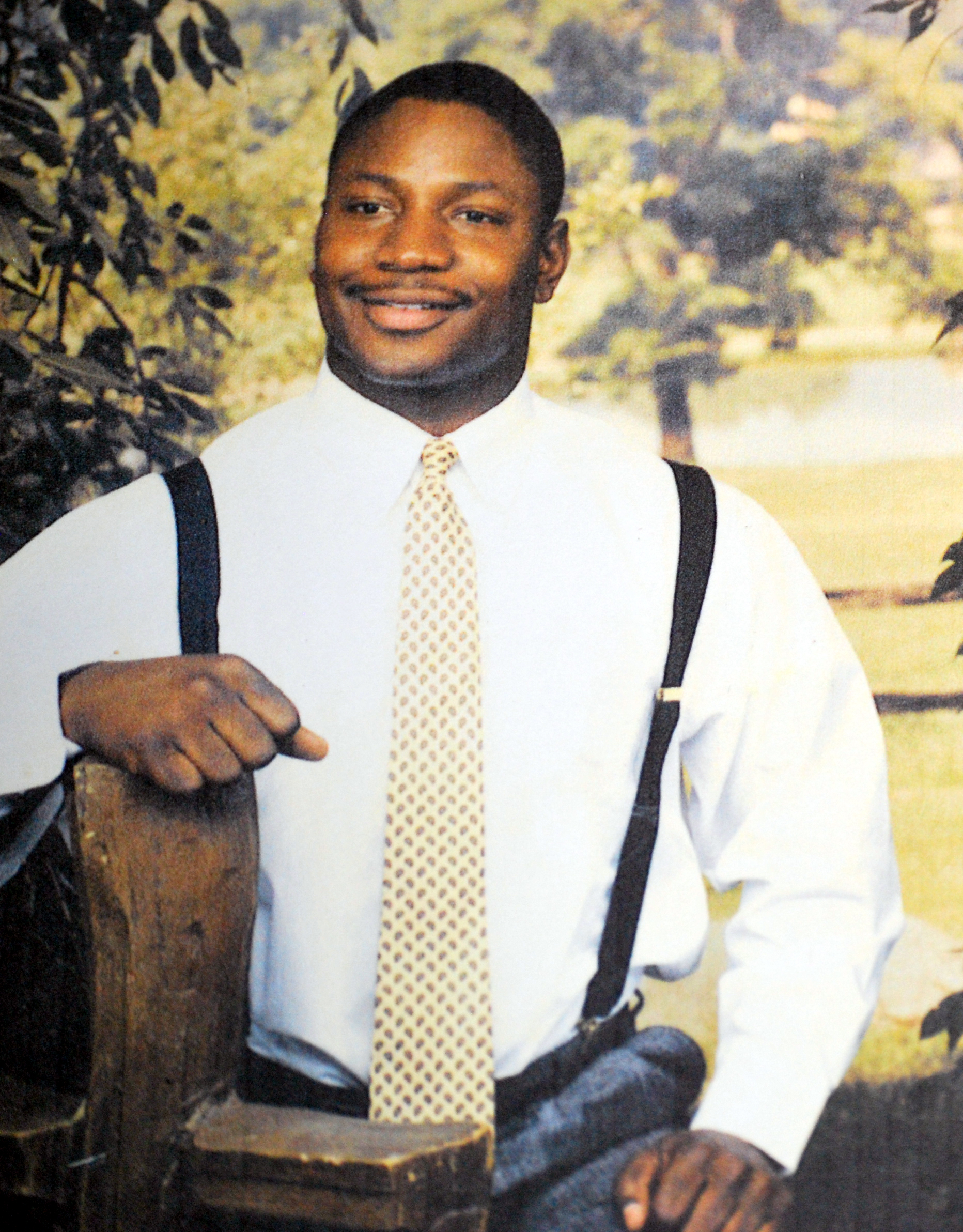