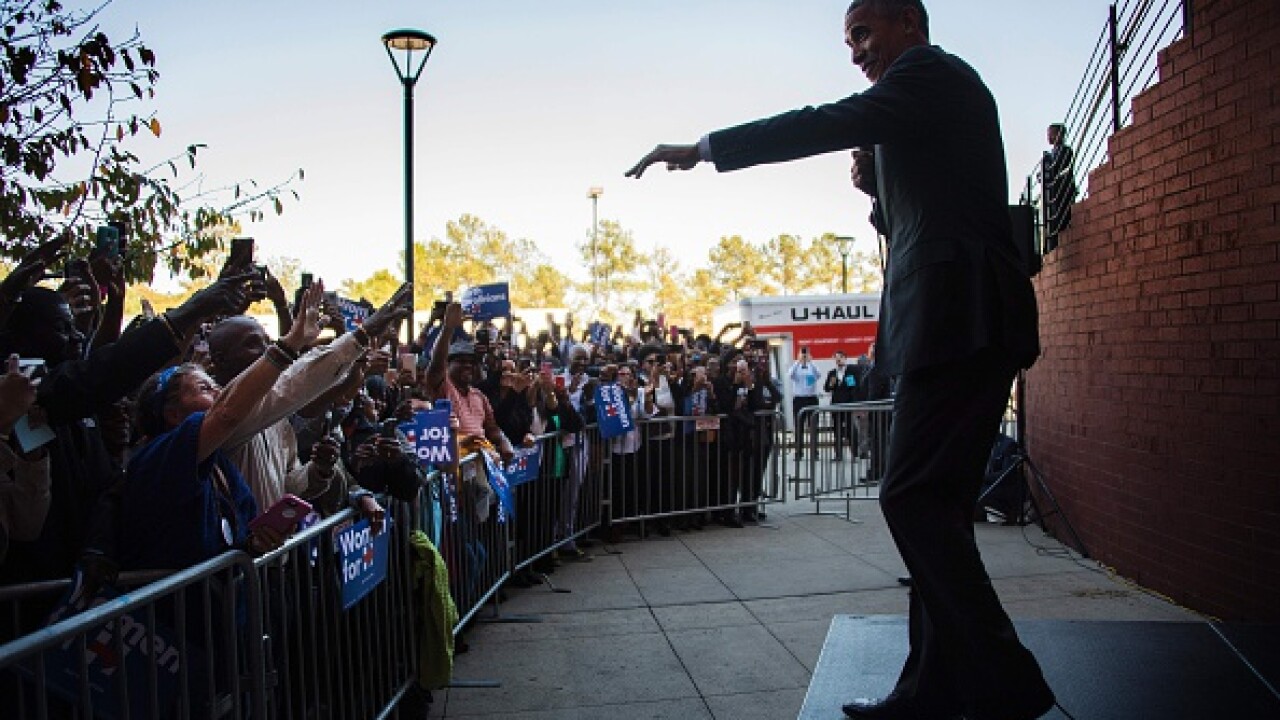 US President Barack Obama waves as he arrives to speak to the overflow crowd at Fayetteville State University in Fayetteville, North Carolina, November 4, 2016, for a Hillary for America campaign event. / AFP / JIM WATSON (Photo credit should read JIM WATSON/AFP/Getty Images)

Obama was addressing a get-out-the-vote rally for Clinton here when the man, wearing a military uniform and hat, stood up in the bleachers and prompted the response from supporters of the Democratic nominee.

“Everybody! Hey!” Obama yelled. “I told you to be focused and you’re not focused right now.”

The episode lasted for more than a minute before the Trump supporter was escorted from the venue.