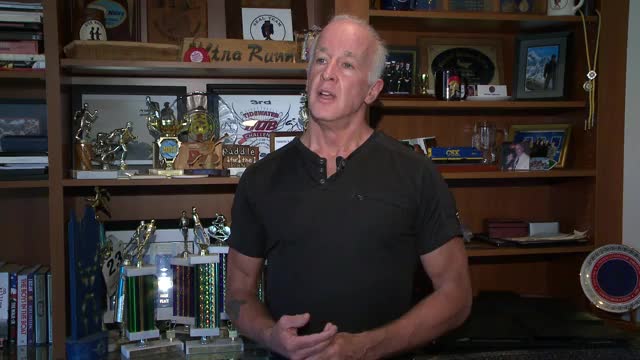 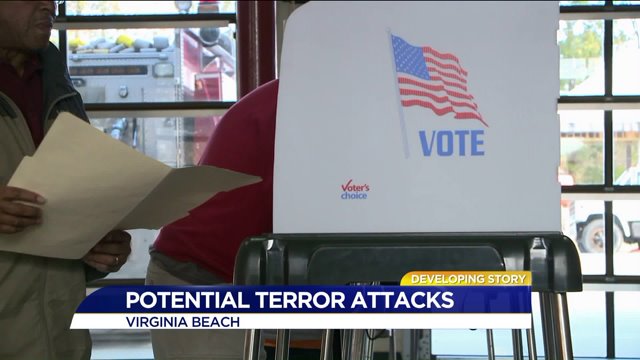 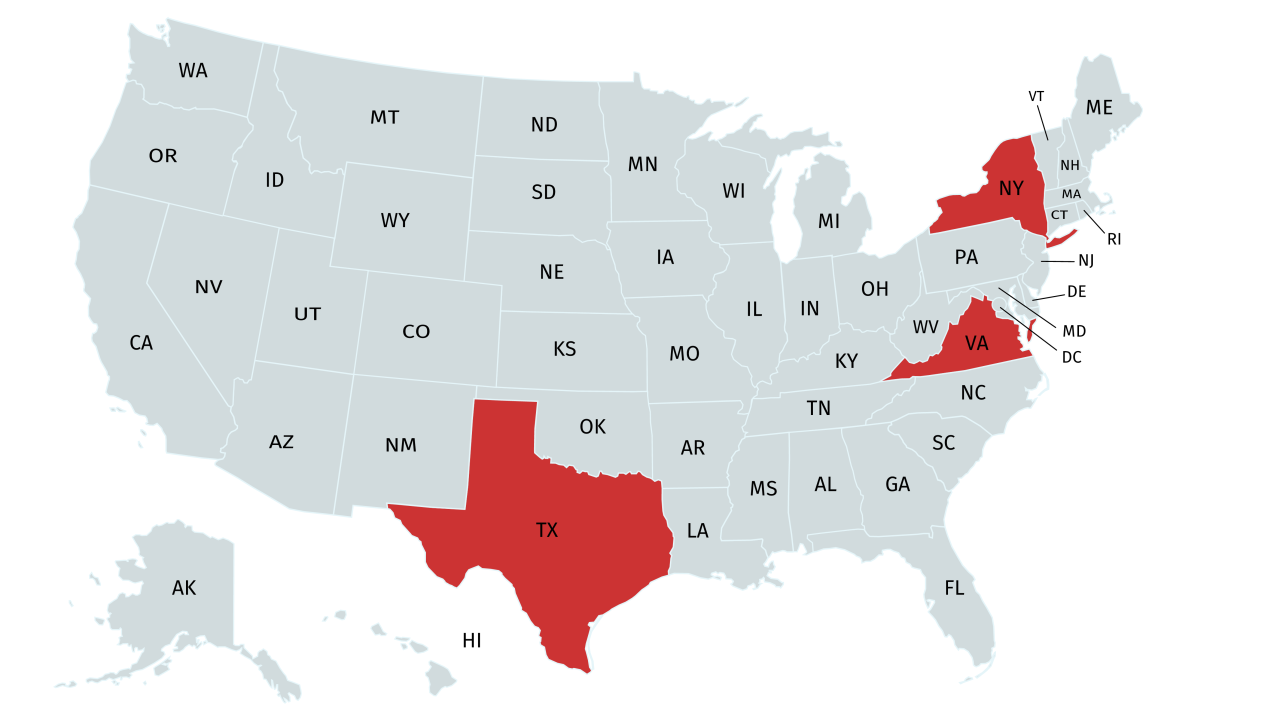 NEW YORK - CBS News has learned about a potential terror threat for the day before the election.

It is believed New York, Texas and Virginia are all possible targets, though no specific locations are mentioned.

The sources stress the intelligence is still being assessed and its credibility hasn’t been confirmed, but counterterrorism officials were alerted to the threat out of abundance of caution.

A retired Navy SEAL, Don Mann, says Virginians need to be prepared for a possible attack. However, Mann thinks a cyber-attack might be more possible.

"I think a cyber security data threat social media type threat could be very, very damaging as well. It won’t cost lives as in a bomb, or a guy with an AK shooting up a lot of people, but I think it could cost a lot of damage to our country.," Mann told News 3.

Despite a possible terrorist threat, Mann says voters should still go to the polls on Tuesday.

"If anybody is persuaded not to vote because they think there is a terrorist attack, that would be the wrong decision. We have to vote," said Mann. "We cannot let the terrorists beat us.”

A senior FBI official told CBS News, ““The counterterrorism and homeland security communities remain vigilant and well-postured to defend against attacks here in the United States.  The FBI, working with our federal, state and local counterparts, shares and assesses intelligence on a daily basis and will continue to work closely with law enforcement and intelligence community partners to identify and disrupt any potential threat to public safety.”

While government officials are researching state-sponsored terrorists, Mann says residents should be on the lookout for ‘lone wolf’ attackers.

Mann warns Virginia residents of 'lone-wolf' attackers at the polls.

"Somebody who is not content with this country, or his life, or his or her job," said Mann. "It is harder to detect those people, and those people are scattered around the country.

"They could be the law abiding citizens, everyday good citizens at one point, and the next day, wake up and think, ‘Ok, I’m going to go create a bomb.'"

Mann says you can protect your vote by being extra aware of your surroundings and by asking questions.

"Stay aware of what is going on with your neighbors, your workplace. Does it look like people are doing surveillance on the building, or your home? Do people look out of place? And be a little proactive. Ask questions: hey how are you doing, what are you doing here?" said Mann.

During holiday seasons and when big events are approaching, intelligence about potential threats always increases.

Earlier this week, an alert warned local police of “polling places” being seen as “attractive targets” for “lone wolf”-type attacks by individuals motivated by violent extremist ideologies, sovereign citizen or other extremist activity.

An FBI official shared this statement with News 3:

“The counterterrorism and homeland security communities remain vigilant and well-postured to defend against attacks here in the United States.  The FBI and DHS, working with our federal, state and local counterparts, share and assess intelligence on a daily basis and will continue to work closely with law enforcement and intelligence community partners to identify and disrupt any potential threat to public safety."