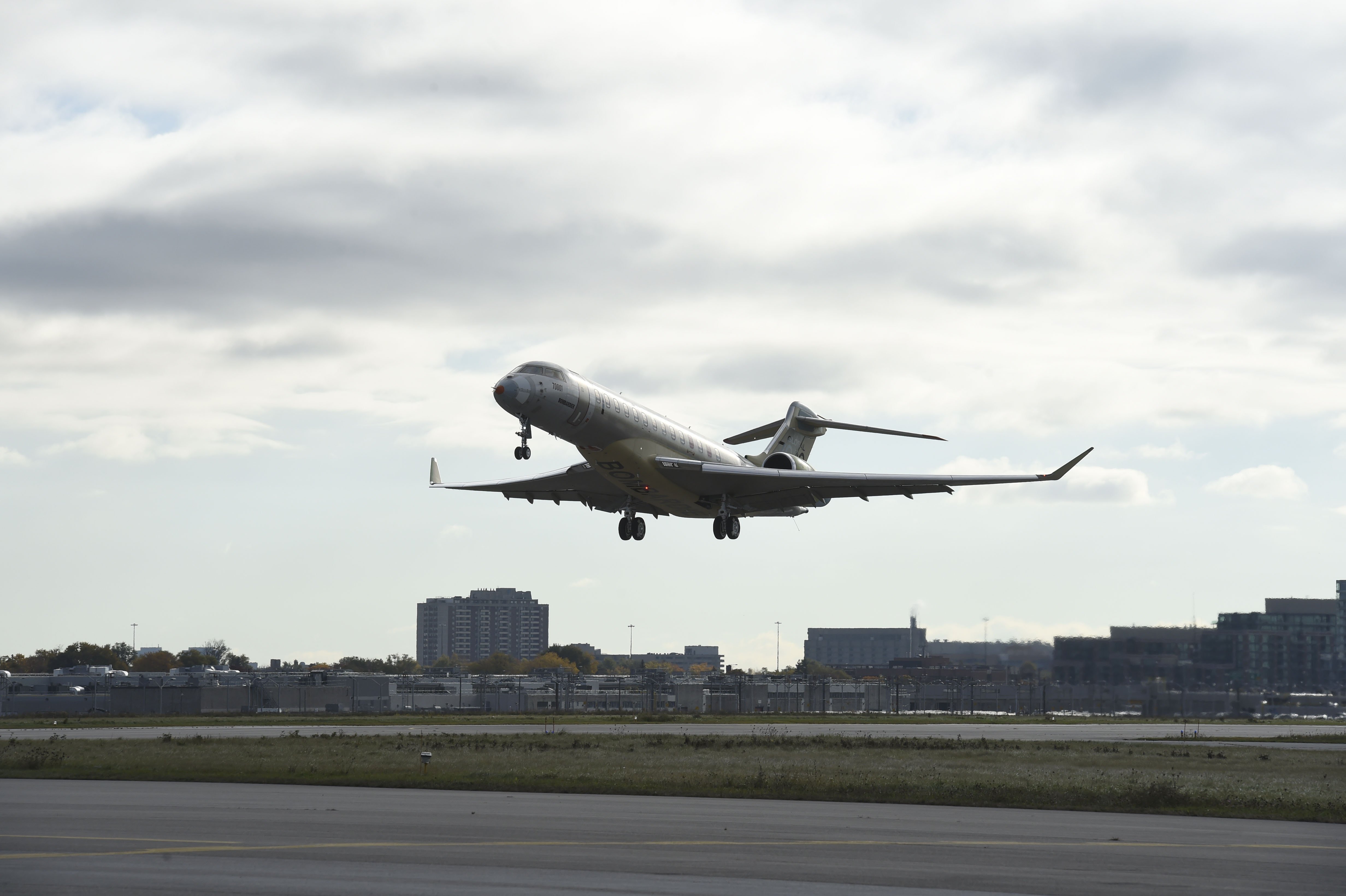 The plane and train maker said its prototype flew for 2 hours and 27 minutes from its factory near Toronto. The aircraft reached a speed of 240 knots or about 276 miles per hour and an altitude of 20,000 feet as pilots tested the jet’s controls.

The Global 7000 boasts a 54-feet 7-inch long cabin, which is meant to appeal to private buyers seeking the most opulent flying experience. It is the largest and longest range business jet designed by the Canadian plane maker.

Bombardier says the jet will fly as far as 7,400 nautical miles at a slower speed in a single stretch with eight passengers and four crew aboard. That’s enough to connect New York with Shanghai or London with Buenos Aires, and it’s as far as a much-larger Boeing or Airbus airliner can fly with 300 passengers.

The current-generation of Global jets that Bombardier makes is the company’s single biggest revenue generator for its aerospace division. However, production in its factories and at its rivals have been falling amid political and economic woes in Russia, China, the Middle East and South America.

Bombardier hopes the new Global 7000 will stimulate new demand and represent a new cash-cow for the plane maker.

Dassault delivered its first Falcon 8X last month and Savannah, Georgia-based Gulfstream has been pumping out its G650 since 2012. That model and an extended range sibling can fly 7,500 nautical miles non-stop. Both compete with Bombardier’s Global.