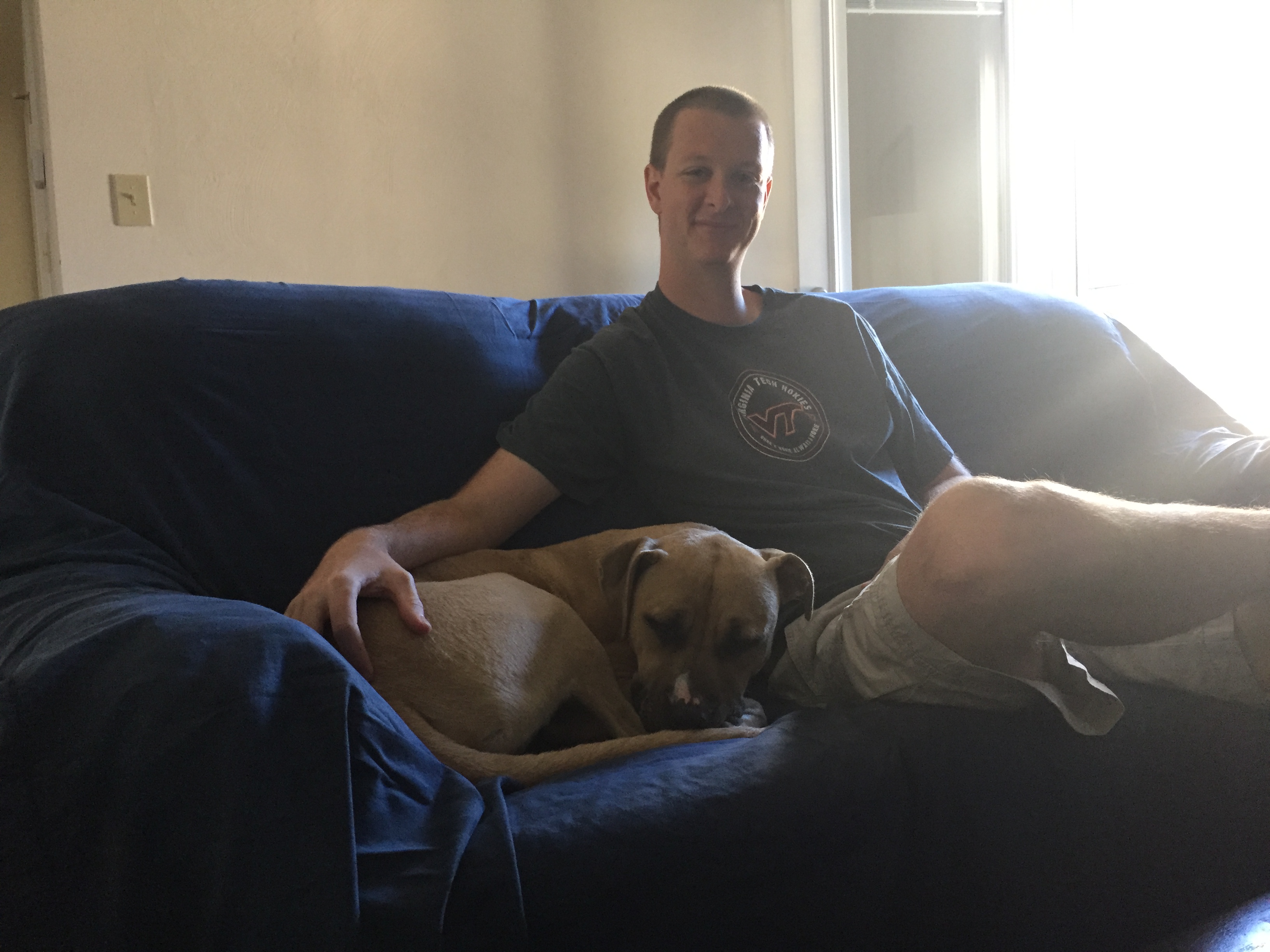 YORK CO., Va. – A Virginia Beach couple involved in a major crash on Interstate 64 on Thursday have found their one-year-old puppy.

Heather and Jeremiah Hamilton say they got a call Sunday morning after their pit bull-boxer mix, Chief, showed up on someone’s front porch and picked him up to take him home.

The Hamiltons were on their way to Charlottesville on Thursday afternoon for a weekend trip, with Chief.

“It was pretty fast, we both remember a flash of white,” says Jeremiah.

The two were involved in a head-on collision with a tractor trailer and several other cars. It caused backups on I-64 for hours.

“We got out of the car as fast as we could. When you see the other cars in the accident, we’re very, very thankful that we are OK,” says Heather.

The two did not lose their lives, but they did lose a very big part of their family, Chief.

“You could just tell he was terrified and scared and manic and he literally just took off running,” says Heather. “Unfortunately we just got to the point where cars were saying they hadn’t seen him”

Witnesses told the couple that Chief ran eastbound and westbound on the highway, so they are not completely sure what side of the interstate he might have ended up.

The couple scoured peninsula shelters and searched for hours on foot with Chief’s favorite toys on Friday.

They were exhausted, but hopeful, because they were not alone. Strangers reached out, helped search, and shared their post on Facebook hundreds of times.

” We’re just incredibly amazed by the kindness and support from so many people who don’t even know us,” says Heather.