Headlines from around the nation as Donald Trump was elected President

On Tuesday, November 8 the United States elected its 45th President.

Donald Trump won that election and the nation has since had mixed emotions, as it does after most elections.

The Newseum regularly posts front pages of newspapers around the world.

News 3 gathered some front page headlines from the historic election. 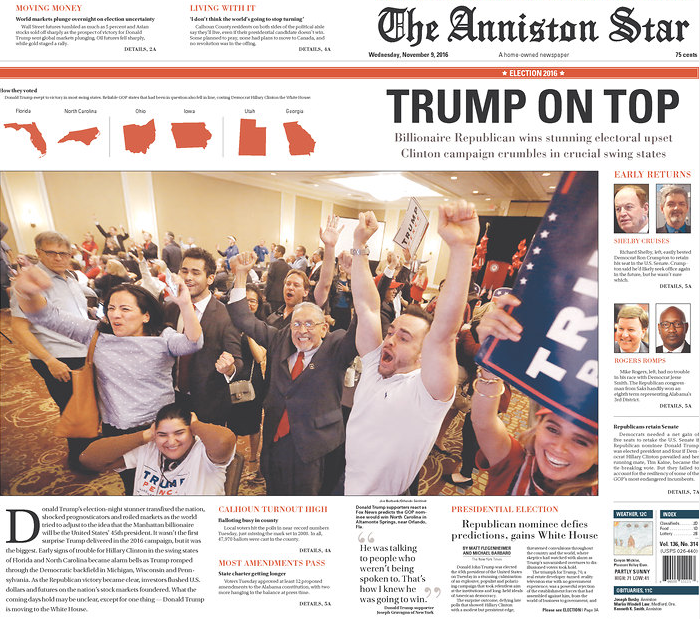