Watch: 3rd day of protests around the nation over Trump election

A fourth day of demonstrations against President-elect Donald Trump kicked off early Friday afternoon, with protesters once again grouping at Trump Tower in New York and other spots across the nation.

The daytime protests on Friday were peaceful after a night of demonstrations in at least 25 cities. The demonstrations may be the beginning of a weekend of intense street protests over the election of the Republican candidate.

In Portland, Oregon, city officials appealed Friday for calm after a Thursday night peaceful protest by about 4,000 people turned violent. Windows on businesses were broken and a car dealership was vandalized. Twenty-five people were arrested.

“We had some anarchists who hijacked that event and did terrible damage to our neighbors and friends,” Mayor Charlie Hales said at a news conference. “They spread violence and fear and detracted from the legitimate exercise of those First Amendment rights.”

Other activity on Friday afternoon:

–In Boston, hundreds of people gathered in Boston Common for a “Love Rally in the Common.” Organizers said on Facebook: “Let’s unite together to peacefully show all of those whom Donald Trump or his supporters have put down that we still care about them, and to give them an opportunity to have their voices be heard.”

A similar rally was held in Washington Square in New York, the Facebook page said. “Spread love and peace through the country, and help start the movement #LoveStillTrumpsHate.”

–In South Florida, students from the University of Miami peacefully marched across campus to protest Trump’s election, CNN affiliate WSVN reported. Protests were scheduled for later Friday at Bayfront Park Amphitheater in Miami and at the Trump Plaza in West Palm Beach.

–In Denver, hundreds of high school students walked out of classes on Friday, CNN affiliate KDVR reported. They walked down Federal Avenue carrying signs, with one student carrying a sign that said, “We are not thugs, we are not criminals. We are humans. Just like you Trump.” They wrapped up around 2:30 p.m. Thousands protested Thursday night in downtown Denver. 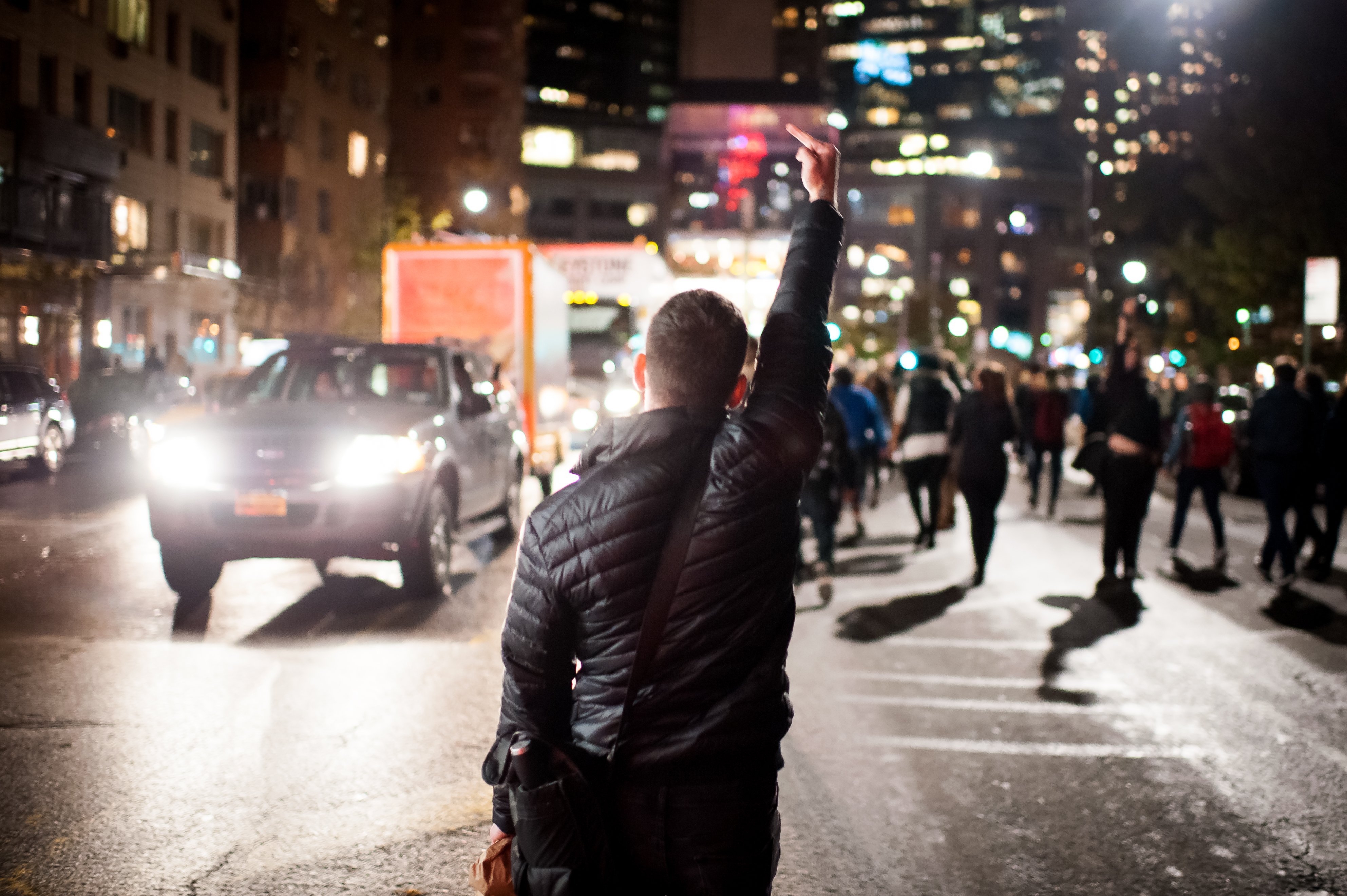