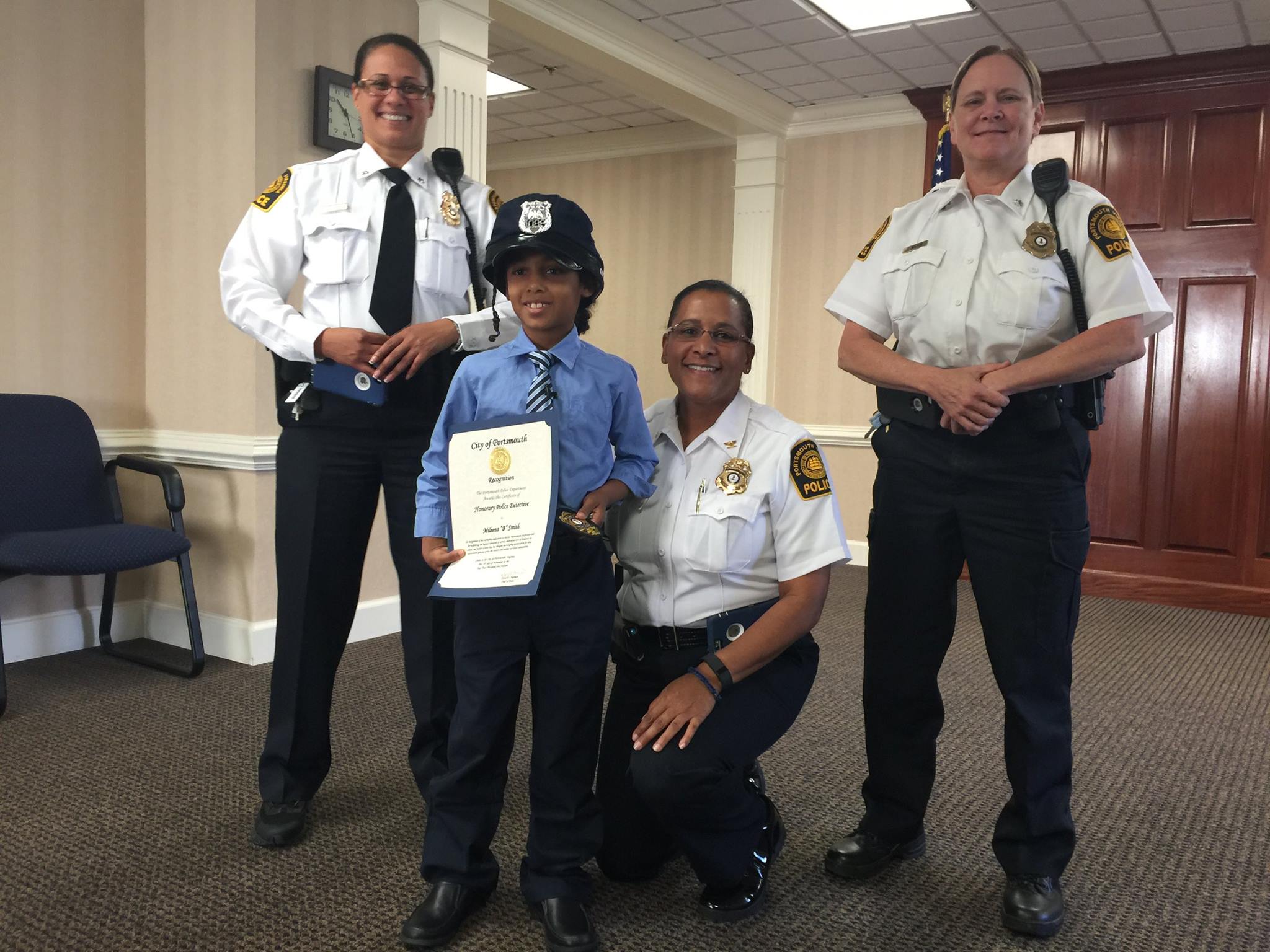 PORTSMOUTH, Va. – A girl’s dream came true Thursday when she was made an honorary Portsmouth Police Detective for a day.

The Portsmouth Police Department Awards this Certificate of Honorary Police Detective To Mileena “B”, in recognition of her exemplary dedication to the law enforcement profession and for exhibiting the highest standards of service, individual acts of kindness to others, and further actions that has brought encouraging appreciation for law enforcement agencies across the country and within our local communities.

After receiving the certificate, Mileena hopped into the Forensic Services Unit van and got a first hand look of what it’s like to be a detective.

With her notepad in hand, Mileena shadowed the detectives at a real crime scene. She even helped them analyze fingerprints at the end of the day!

Mileena has wanted to become a police officer ever since she was 3-years-old. She co-wrote a children’s book with her father called “Mia: Honorary Detective.” The book is about a girl who becomes an honorary detective to find her missing brother, according to the book’s Kickstarter campaign website.