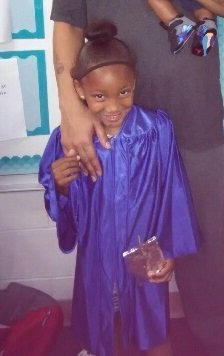 A Spiderman-lover who danced along with his favorite YouTube videos. A girl who dreamed of becoming a doctor. A star on the softball field. A 9-year-old who never stopped smiling.

Hours after they celebrated Thanksgiving at an elementary school lunch, six children died Monday when their school bus swerved off the road, flipped over and slammed into a tree.

The deadly crash in Chattanooga, Tennessee, left a devastated community mourning the victims and searching for answers. The bus driver is behind bars, charged with vehicular homicide. But authorities are still working to pinpoint exactly what caused the crash.

Here’s what we’ve learned so far about four of the victims (CNN has not yet confirmed the identity of the fifth victim):

Zoie Nash played basketball, but softball was her love.

Her uncle, Antwon McClain, described her as a “sweet, sweet girl — a little angel here on Earth.”

Zoie was just a few weeks away from her 10th birthday, he said. And her family still plans to have a party in her honor on December 12.

Her 8-year-old brother, Zachariah, suffered a broken arm and a brain injury in the bus crash, but is expected to survive, McClain said.

While he was hospitalized, his mother told him about his sister’s death, McClain said. Zoie, she told him, had received her wings.

And he loved to dance along with his favorite YouTube videos, including his latest obsession, “Juju On That Beat.”

His mother met him at the bus stop every day.

Zyaira Mateen :’She wanted to be a doctor’

Zyaira Mateen was outgoing and full of life, her mother said. The 6-year-old’s grandmother described her as feisty, sweet and smart.

“She was the life of the party, always silly,” mother Jasmine Mateen said.

But she added that her daughter also had a serious side.

“She was real smart,” she said. “She wanted to be a doctor.”

Nine-year-old fourth-grader Cor’Dayja Jones had a smile that could light up a room, family members told CNN affiliate WKRN.

“She loved God, and she knew God,” cousin Monica Mastin said. “So we know that he has another angel.”

His brother, Kevin McClendon, said Keyonte, who was 8 years old, was a “tough little boy.”