WASHINGTON – President Obama will pardon the National Thanksgiving Turkey in a ceremony in the Rose Garden.

The President will celebrate the 69th anniversary of the National Thanksgiving Turkey presentation, reflect upon the time-honored traditions of Thanksgiving, and wish American families a safe and healthy holiday.

This year’s turkey and alternate turkey are named Tater and Tot. Tater and Tot were hatched and raised in Iowa. 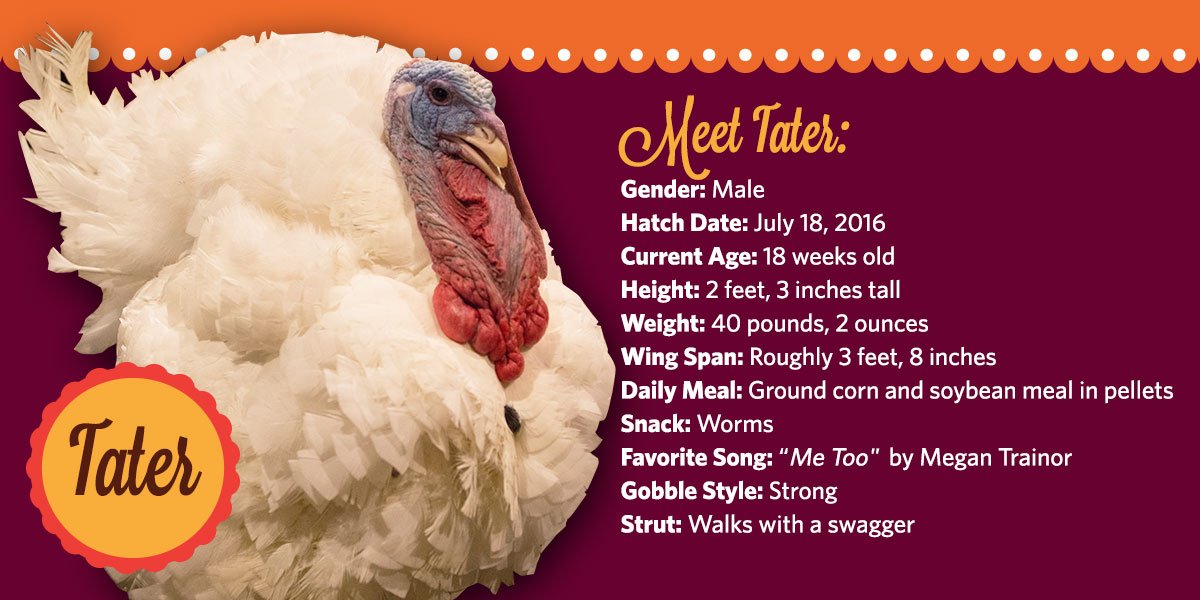 Tater and Tot will spend the rest of their days living at Virginia Tech.

It looks like they’ve already made friends with the Hokie Bird!

Rumors of turkey pardons go back as far as the Lincoln administration, when the president’s young son supposedly begged his father to spare a pet turkey that was destined for the dinner table.

The first documented turkey pardon was given by President John F. Kennedy in 1963.

The pardoning didn’t catch on, however. According to the White House, it wasn’t until 1989 that pardoning resurfaced as part of the turkey presentation. That year, President George H.W. Bush started what became a tradition upheld by every president since.

Pardoned birds have been sent to live out their lives at various locations, including petting zoos and Mount Vernon, George Washington’s home.