The dodo may be long gone, but it is certainly not forgotten: An “extremely rare” almost complete example of the extinct bird’s skeleton has sold for £346,300 ($431,341) at a UK auction.

A dedicated collector spent more than 40 years buying up individual bones at sales, and piecing the composite skeleton together — only part of the skull and one set of claws are missing.

The specimen was dubbed the “superstar” of the Evolution-themed sale at Summers Place auction house in Sussex, southeastern England.

Erroll Fuller, the sale’s curator and author of Dodo: From Extinction to Icon, told CNN he had “always expected the skeleton to be one of our most popular pieces.” 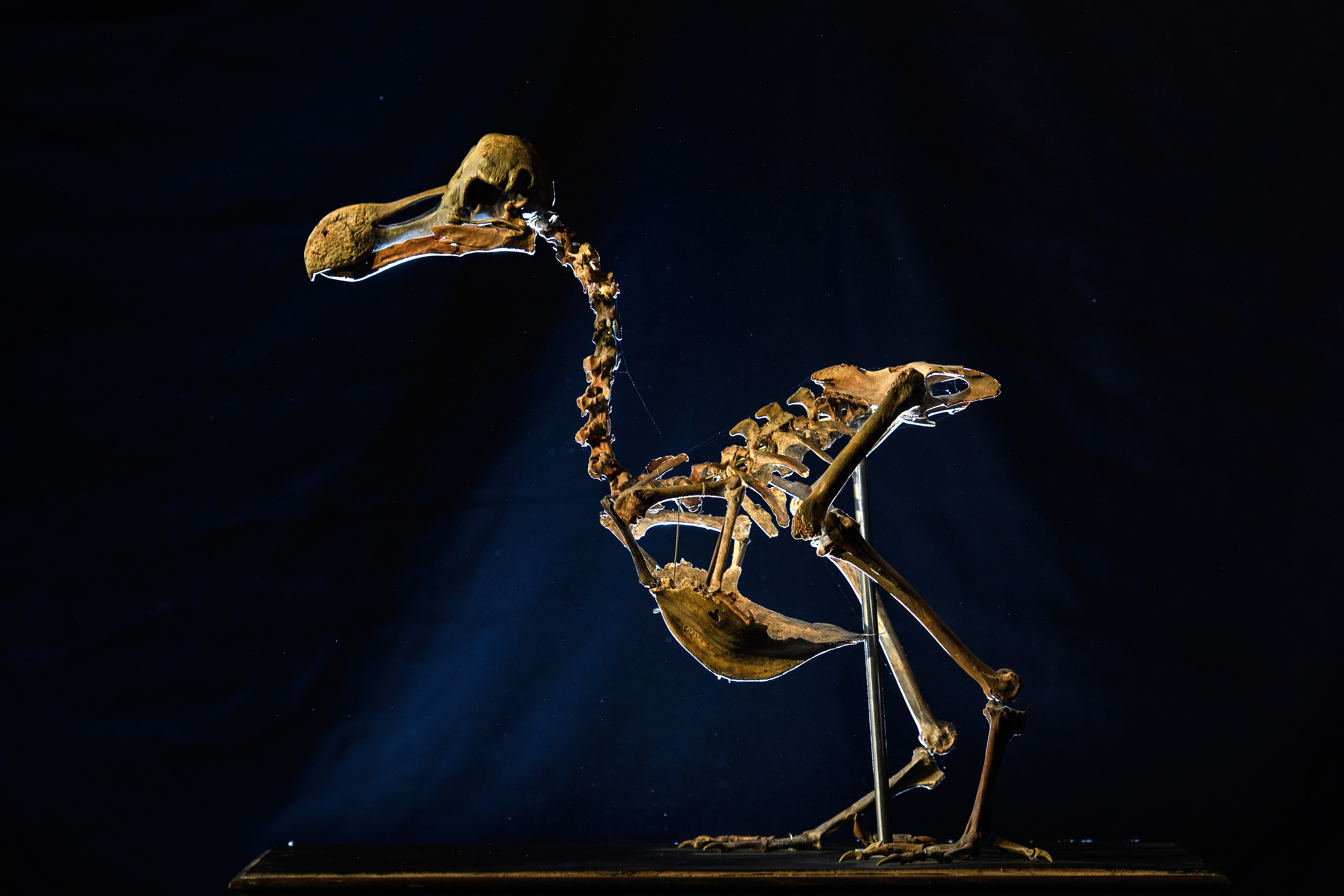 Fuller said the story of the dodo had fascinated generations of natural history fans.

“The dodo barely looks like a bird,” he explained. “It has been incredibly popular since 1865 when Lewis Carroll introduced the bird as a character in Alice in Wonderland, but it had been an icon even before.

“In a way it represents extinction and how fast man can influence the environment. After humans introduced monkeys and dogs in the environment and started to massively hunt the dodo, it disappeared.”

The dodo, native to the Indian Ocean island of Mauritius, was first spotted by European sailors in the 16th century, but became extinct by 1681; its inability to fly made it easy prey for human hunters and predators such as dogs.

Most of the remaining dodo skeletons are held in natural history museums across the globe, from London, Paris and Leiden to Durban and Washington.

Fuller said the mixing and matching of different dodo bones was not usual.

“There are only twelve close to complete dodo skeletons in the world,” Fuller told CNN. “There is only one dodo skeleton that comes from a full bird. The others are all composites of different dodos.”

Most were found in the Mare aux Songes swamp, in the island of Mauritius, in the 19th century, Fuller said.

“The story goes that people were walking through the swamp when someone reached out into the muddy waters and started pulling out bird bones,” he said.

The government of Mauritius has since banned all exports of Dodo bones, which meant there was a lot of interest in the Summers Place sale, which also featured game trophies and natural history artifacts.