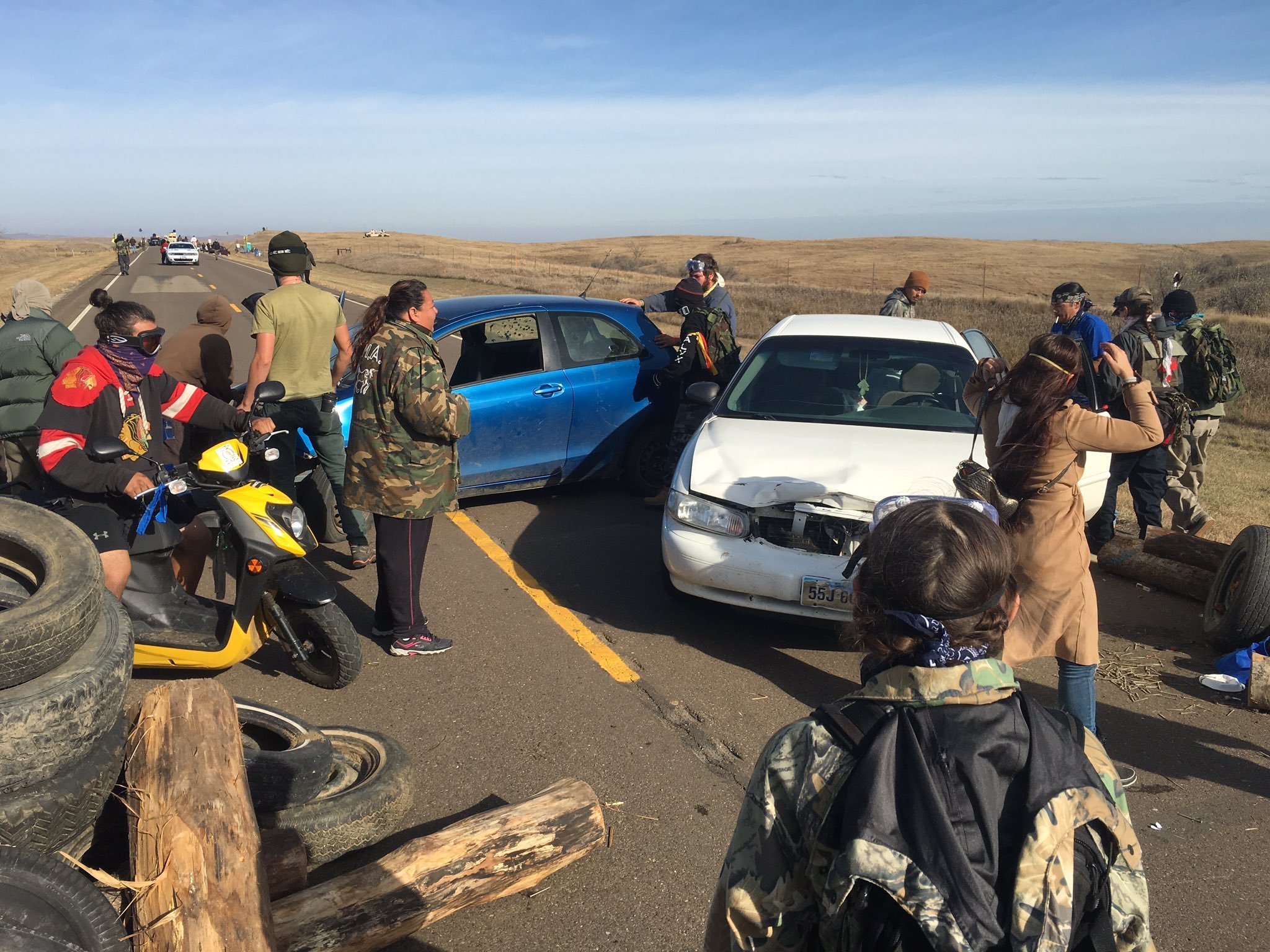 A new confrontation is brewing over the Dakota Access Pipeline.

Protesters fighting pipeline construction must vacate property near the Cannonball River in North Dakota — the location of a large campsite for demonstrators — by December 5 or face arrest, the Army Corps of Engineers said Friday.

“This decision is necessary to protect the general public from the violent confrontation between protestors and law enforcement officials that have occurred in this area, and to prevent death, illness, or serious injury to inhabitants of encampments due to the harsh North Dakota winter conditions,” Col. John Henderson of the Corps said in a letter to the Standing Rock Sioux Tribe leader.

Tribal Chairman Cave Archambault II issued a statement blasting the Corps, but didn’t say exactly how the tribe would respond.

“Our Tribe is deeply disappointed in this decision by the United States, but our resolve to protect our water is stronger than ever,” he said. “The best way to protect people during the winter, and reduce the risk of conflict between water protectors and militarized police, is to deny the easement for the Oahe crossing, and deny it now.”

The order comes five days after a violent protest flared as protesters tried to cross the Backwater Bridge and go north on Highway 1806, authorities said. The Morton County Sheriff’s Office said protesters set fires while officers tried to disperse the crowds with tear gas, rubber bullets and water sprayed from hoses attached to fire engines. Temperatures were below freezing that night.

The Standing Rock Sioux Tribe says construction of the pipeline — which is currently slated to run under the Missouri River — could affect its drinking water supply and put communities living downstream “at risk for contamination by crude oil leaks and spills.”

Multiple groups have joined the protests over the months. Activists have destroyed construction equipment as part of their protests, authorities say. More than 500 people have been arrested in the last month, the Morton County Sheriff’s Office says.

On Friday, 33 anti-pipeline protesters were arrested and charged with criminal trespass after about 100 of them formed a prayer circle inside a Bismark mall, police said.

Henderson said protesters can relocate to a “free speech zone” south of the river. He stressed public safety, saying it would be difficult for emergency medical services, firefighters and police to respond to calls coming from the campsite. Protesters have set up tents and kitchens on the property for more than a month.

“I do not take this action lightly,” Henderson wrote. He said anybody found on the land north of the Cannonball River after December 5 “will be considered trespassing and may be subject to prosecution under federal, state, and local laws.”

Archambault urged the public to ask President Obama and the Corps to change the pipeline route.

“It is both unfortunate and disrespectful that this announcement comes the day after this country celebrates Thanksgiving — a historic exchange of goodwill between Native Americans and the first immigrants from Europe,” he wrote. “Although the news is saddening, it is not at all surprising given the last 500 years of the mistreatment of our people.”

The proposed Dakota Access Pipeline, which is set to cost $3.7 billion, would start in North Dakota, stretch across parts of South Dakota and Iowa, and end in southern Illinois. If completed, the pipeline would allow crude oil to be transported to oil refineries along the Eastern Seaboard. Construction has stalled as the Army Corps of Engineers engages in talks with Native American leaders.