The Mesa, Arizona grandmother who accidentally invited a stranger to her Thanksgiving dinner via text message remained true to her promise of hosting him. 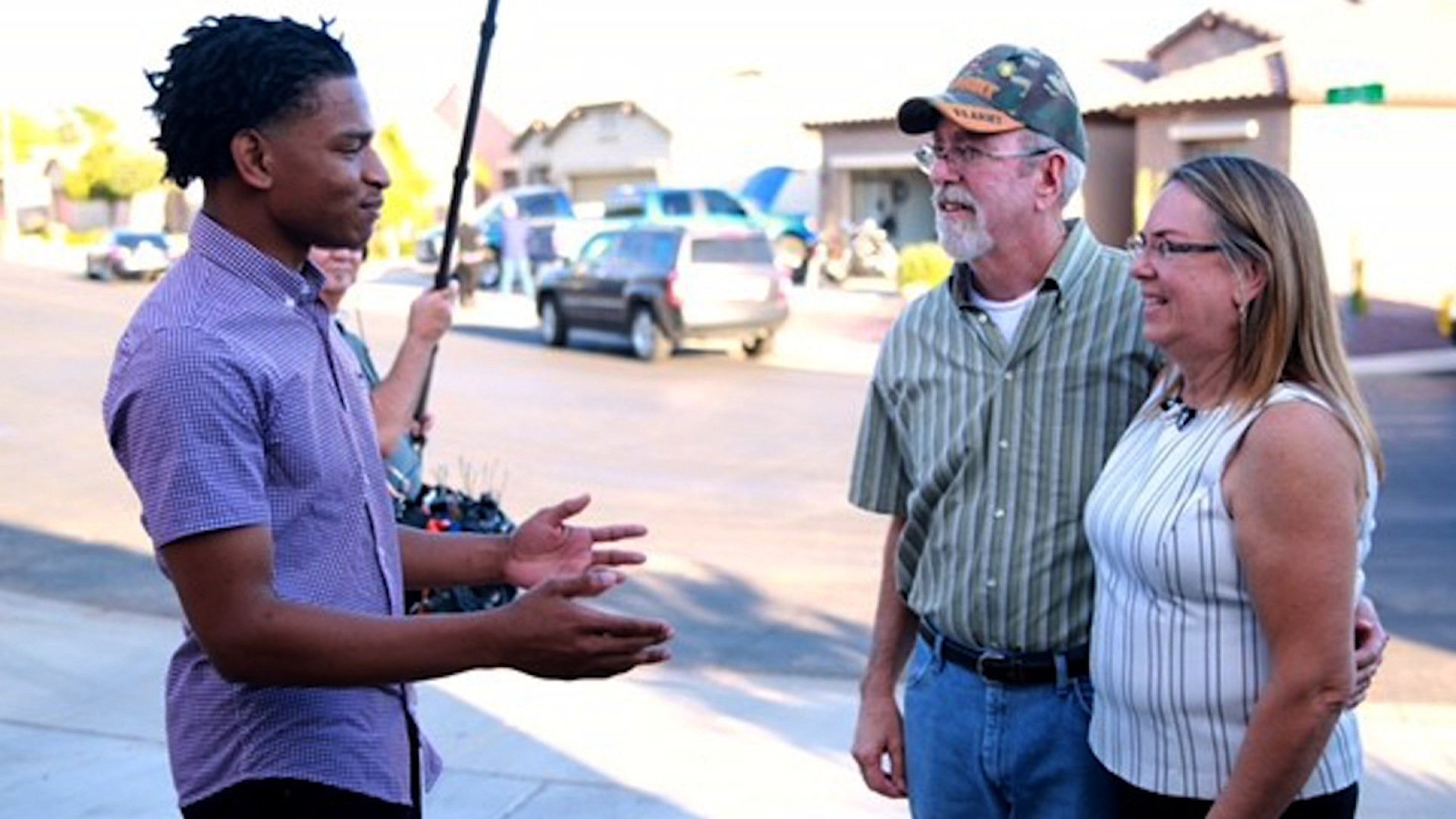 How the two met

Initially, Wanda Dench wanted to invite her actual grandson for dinner via text.

But she accidentally sent the message to 17-year-old Jamal Hinton instead.

Hinton was in class at Desert Vista High School.

But a text is a text and Hinton responded.

“I texted back and I said ‘who is this?’ And she was like, ‘it’s your grandma.’ Hinton told CNN affiliate ABC 15.

The student assumed his grandma had a new phone, so he texted the number asking for a picture, he says.

He received a photo.

But it was of a woman he hadn’t met.

Hinton sent his own picture in response.

And after clearing things up and realizing Dench wasn’t his relative, Hinton made sure to ask if he could still grab a plate on Thanksgiving day.

“Of course you can. That’s what grandmas do…feed everyone!” Dench responded.

Moved by Dench’s kindness, Hinton posted the exchange online but forgot to remove her number.

And that’s when the grandma received about 600 text messages also asking for a Thanksgiving plate, The Arizona Republic reports.

The woman changed her number, but not her mind, and had Hinton over for dinner Thursday.

When Hinton showed up, Dench embraced him.

The grandma gave social media a thumbs up for all the positive feedback.

She also said there was another power at motion that made the event happen.

“This wasn’t me, it’s come from God above,” she told ABC 15. “He’s just using us as his tools and vessels to bring a message to others.”