INDIAN RIVER BAY, Del. - The Coast Guard rescued a duck hunter and his dog after they became stranded in a marshy area near Indian River Bay.

On November 21 at 9 a.m., the Coast Guard was notified after boats from the Millville Fire Department were unable to access the marshy area.

A Coast Guard rescue helicopter crew came to aid the hunter. When they arrived, the crew hoisted the man and his dog aboard from his boat and brought him to land around 10:50 a.m.

“The Coast Guard recommends duck hunters and boaters always carry a marine band radio, or communication device," said Petty Officer 3rd Class, Julie Saternis, "Having an ability to quickly notify first responders of trouble is a must-have for safety on the water." 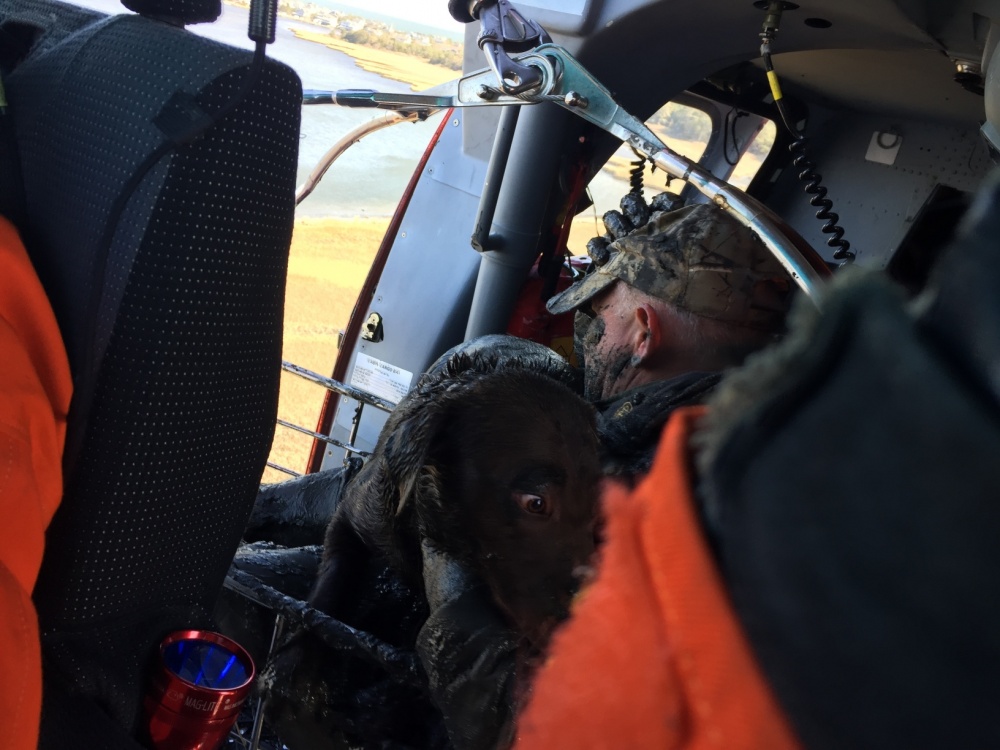