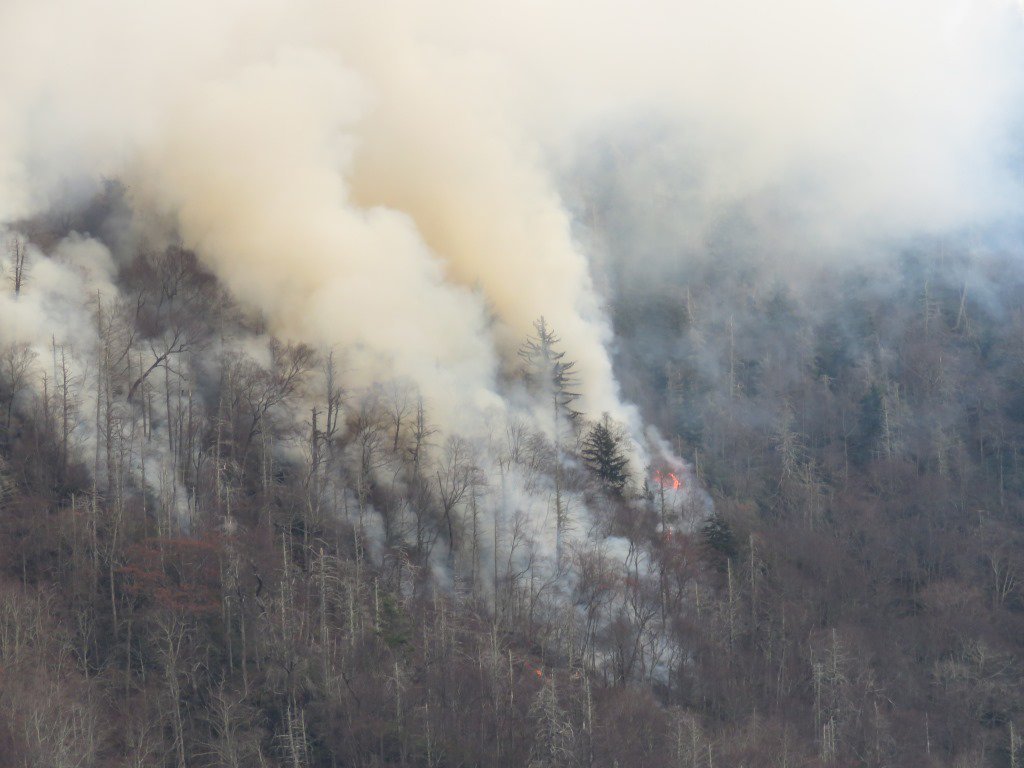 Flener said three Gatlinburg-area resorts appear to have been destroyed, including Ober Gatlinburg, the ski resort and amusement park that overlook the town.

Other popular Gatlinburg attractions appeared under threat, including Ripley’s Aquarium of the Smokies. which has 1,500 animals. Staff were forced to evacuate Monday evening, and the animals still are inside, Ripley Entertainment Regional Manager Ryan DeSear told CNN Tuesday.

Flener said at least four people have been injured in the wildfires, which have been spurred by strong winds and the Southeast’s worst drought in nearly a decade. The fires have forced evacuations from downtown Gatlinburg — a city of about 4,000 residents but a vacation attraction for many more — as well as the town of Pigeon Forge and nearby communities.

“If you’re a person of prayer, we could use your prayers,” Gatlinburg Fire Chief Greg Miller said Monday evening as crews battled wind gusts of up to 70 mph.

“Everything was like a perfect storm,” said Cassius Cash, superintendent of the Great Smoky Mountains National Park, to CNN affiliate WATE.