NASSAU, Bahamas - Old Dominion and Eastern Michigan, here in the Bahamas to square-off in the 2016 Popeye's Bahamas Bowl, had their first "taste" of competition Tuesday.

Four members of each school helped put the "eat" in compete.

Each team was given three minutes to eat as many Popeye's chicken tenders (measured in pounds) as they could.

In the end, the team with a bird as its mascot, naturally won.

The EMU Eagles outperformed ODU, and for its accomplishment - the EMU squad was awarded a Popeye's championship belt. (Likely adjustable after scarfing down fried fowl for three minutes.)

Wednesday, Old Dominion will practice in the morning before taking part in a pair of community events: a visit to a children's home then a youth football clinic. News 3's Bahamas Bowl Blitz will bring you all the sights and sounds from the Bahamas. 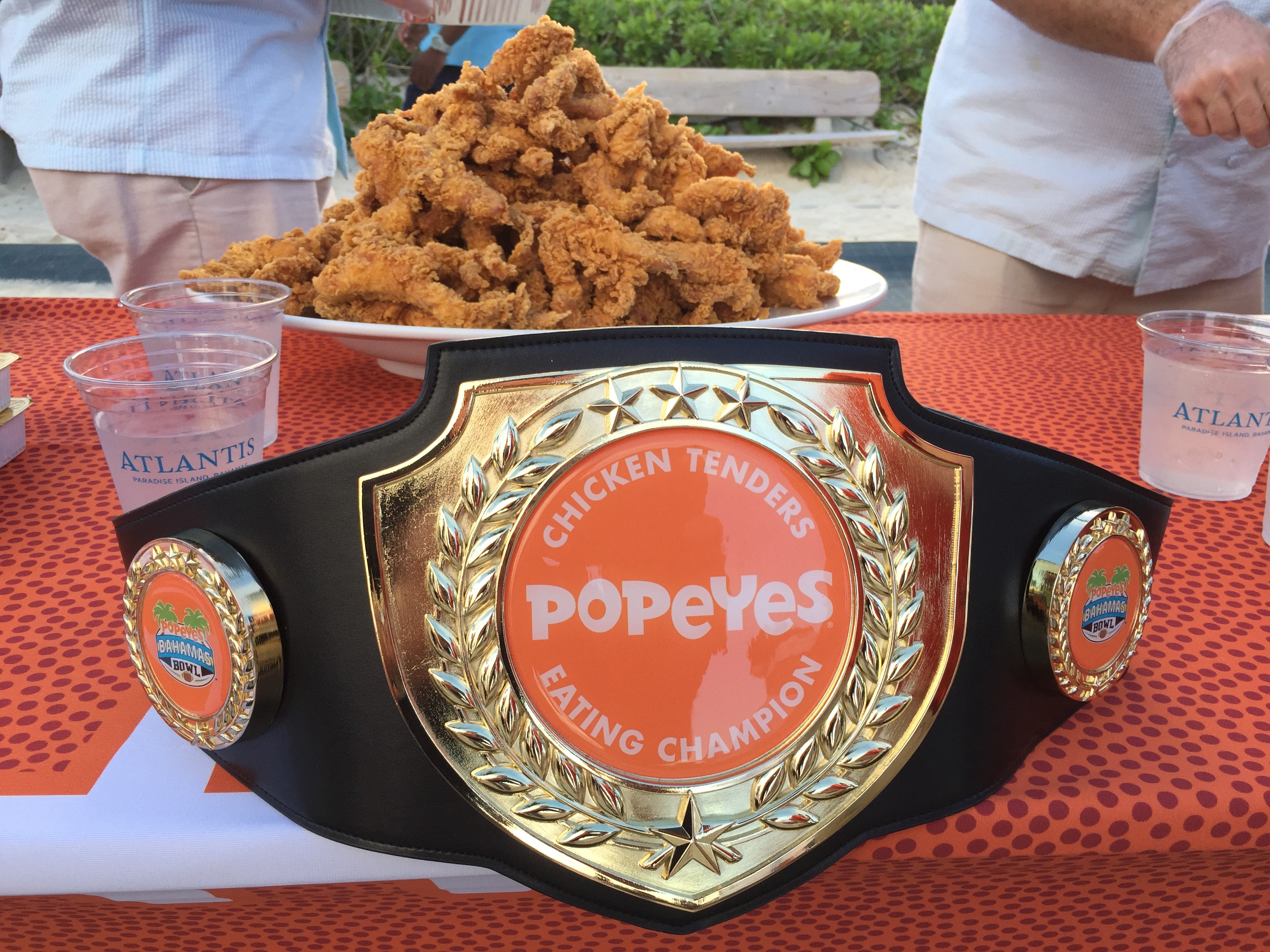