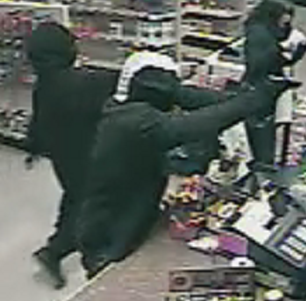 After receiving cash the two men left he store on foot and as they did one of the men fired a shot at the business.

The bullet hit the sign located on the roof, deputies say.

The incident happened in the 2200 block of Old Williamsburg Road around 6:30 p.m.

Deputies say no one was injured in this incident and both suspects had their faces covered with hoods.

If you have any information that may help the Sheriff’s Office call the Crime Line at 1-888-LOCK-U-UP.