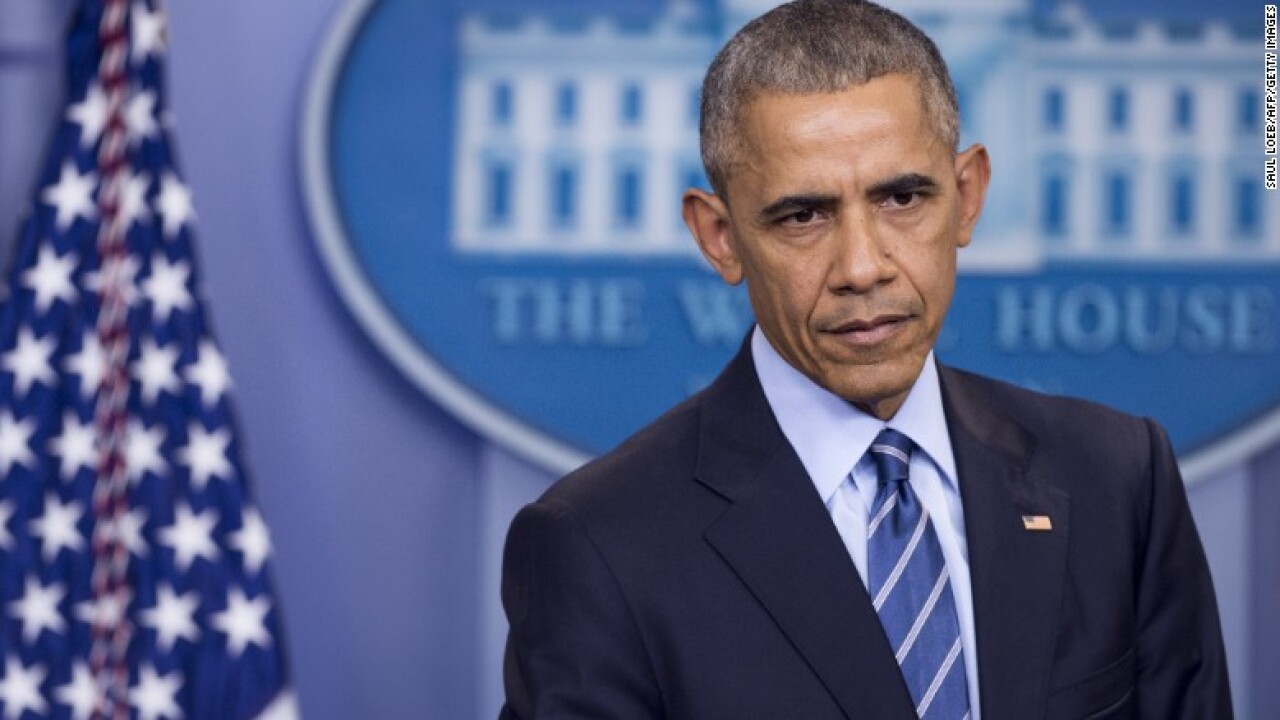 President Barack Obama, as his tenure draws to a close, is deploying his legal authority in a last-minute bid to cement the areas of his legacy threatened by Donald Trump’s incoming administration.

Obama has tasked his staff with locating as many areas as possible where his top agenda items could be calcified and protected from Trump’s wrecking ball, according to officials.

He’s placing an indefinite ban on oil drilling in huge swaths of the Arctic and Atlantic oceans, wary of a successor who promised a boost in US energy production.

He’s advised lawmakers of plans to transfer almost one-third of the remaining population at Guantanamo Bay to other countries, despite Trump’s vow to fill up the prison with “bad dudes.”

And he’s hastening his efforts to reduce the prison sentences for hundreds of non-violent drug offenders after his replacement campaigned as a strict enforcer of law and order.

Despite Obama’s own efforts to convince the incoming president to maintain his policies, little of his legacy remains certain. Through his Cabinet selections, Trump has conveyed a deeply conservative streak that bears little resemblance with Obama’s own governing agenda.

While certain rules and regulations advanced during Obama’s eight years in office will be difficult to undo, the underpinnings of his environmental, foreign and justice agendas remain rooted in executive action that’s subject to scrapping by his successor.

“Guantanamo, environmental regulations and criminal justice reform are all three issues that have been very important to him as a president,” said Julian Zelizer, a presidential historian at Princeton and a CNN contributor. “They’re all issues that he’s talked about a lot and that he’s attempted to get action on, but all three are issues where he’s been extraordinarily frustrated and unable to really move Congress.”

Obama himself acknowledged on the campaign trail this fall that a Trump presidency would bode poorly for his top achievements, including his work on climate and global diplomacy. In his actions this week, Obama is moving toward more permanent solutions, though it’s now clear his ambitions won’t be fully realized by the time he departs office in January.

In a bid to cement his environmental record, Obama Tuesday used a 63-year-old law to indefinitely restrict future leases for oil drilling in the Arctic and Atlantic oceans, a sweeping move that would likely spark a legal challenge should Trump attempt to reverse it.

Throughout his presidency, Obama has used executive authority to protect wide swaths of US land and water from development, including around Midway Atoll in the Pacific, multiple mountain ranges in the West, and areas of the North Atlantic. He’s also used executive action to limit carbon emissions, though the centerpiece of that effort remains mired in a legal challenge.

“This action has the force of law. There is no authority for a future president to withdraw it,” said one senior administration official, speaking anonymously to characterize the President’s thinking.

Obama’s team worked to stop some of the rules which hadn’t yet been finalized by the time they took office. But many were already in place, forcing a long process of reversal.

Republican lawmakers in the House this year passed a measure that would have allowed Congress to overturn any “midnight regulation” with a single vote. Obama vowed to veto the bill, though it never made it to his desk because the measure never came up for a vote in the Senate.

Congress has been successful in blocking Obama’s longstanding attempts to close the Guantanamo Bay naval prison, which he promised to shutter early in his tenure. Because lawmakers barred moving detainees to the United States, Obama has been forced to find countries willing to house the accused terrorists.

A congressional official told CNN that they received notice Monday of the White House’s intention to transfer additional detainees before Obama leaves office. The notification came on the last day possible, as the administration is legally required to provide Congress with 30 days notice prior to transferring any of the on facility’s detainees.

Of the 59 prisoners remaining at Guantanamo, 22 are currently eligible for transfer, according to the Pentagon. Congressional officials would not say exactly how many the administration is seeking to transfer, although one official said it would be fewer than the 22 who are eligible.

That means Obama is certain to leave office with at least some detainees remaining at Guantanamo, including nearly 50 who are deemed too dangerous to transfer to other countries. But White House officials insist that as fewer and fewer prisoners remain there, the more expensive the prison will become to operate and the more likely Congress will be to loosen its restrictions.

Trump, however, has promised to resume sending terrorists to the outpost, providing little optimism the facility will close in the near term.

“The politics of fear has led Congress to prevent any detainees from being transferred to prisons in the United States,” Obama told US troops earlier this month in Florida. “Until Congress changes course, it will be judged harshly by history, and I will continue to do all that I can to remove this blot on our national honor.”

Like his predecessors, Obama is relying during his final weeks in office on his clemency power, one of the most powerful unilateral tools of the presidency. Unlike Bush or President Bill Clinton, however, Obama is reducing sentences and pardoning individuals on a massive scale meant to instill fairness into the criminal justice system.

On Monday, Obama issued 231 total acts of clemency, a US record for any single day. It brings him to 1,324 commutations or pardons, a number that far exceeds other two-term presidents. Neil Eggleston, the White House counsel, said he didn’t expect the large batch to be Obama’s last.

“I expect that the President will issue more grants of both commutations and pardons before he leaves office,” he wrote in a blog post on the White House’s website.

The clemency program has been a hallmark of Obama’s push toward criminal justice reform, but Trump has shown few signs he’s willing to continue that effort. Even White House officials concede that little will be accomplished if Congress isn’t willing to take action on reducing mandatory minimum sentences for drug crimes.

And while Trump won’t be able to reverse Obama’s pardons and commutations — those moves, unlike his executive actions, are without question permanent — they do illustrate the President’s limitations in executing his last-minute legacy push.

“It’s rare that in your final days you can do anything to build your legacy,” said Zelizer. “This is in some ways about the President’s own personal legacy, and trying to make progress on some issues that have frustrated him over the years because Congress wouldn’t act, and to do it for himself as much as for historians and how the public thinks of him.”