Syrian regime says it has taken full control of Aleppo 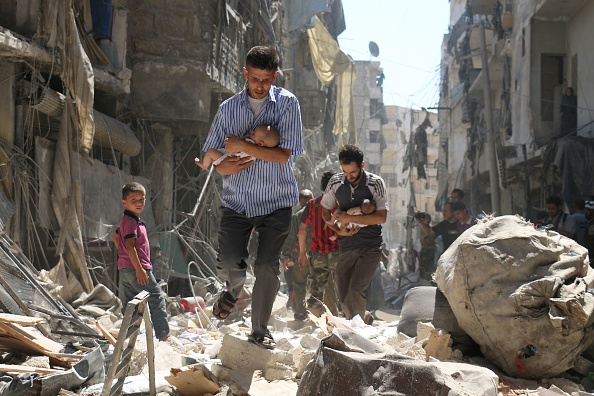 Government forces and their allies are now in control of eastern Aleppo, ending more than four years of rebel rule.

Syrian forces and militia supporting President Bashar al-Assad entered eastern Aleppo by ground in late November. The regime and Russia, its most powerful ally, have decimated neighborhoods with airstrikes.

Neither hospitals nor civilians are immune. In many cases, children have fallen victim to such bombings.

An estimated 400,000 Syrians have been killed and more than 4.8 million have fled the country since the war began in 2011, according to the United Nations.

It’s also a major setback for activists who have long sought an end to four decades of Assad family rule.

How did this all begin?

In 2011, Assad’s forces launched a violent crackdown on activists who were demanding more economic prosperity, political freedom and civil liberties.

The move sparked a nationwide uprising and opposition members took up arms. Members of the military joined the cause, defecting and becoming rebels.

The rebels took over eastern Aleppo in the summer of 2012, managing to stave off the better-equipped Syrian military. They gained popular support in urban areas.

But as pro-government forces ramped up attacks, eastern Aleppo became the wretched epicenter of the civil war. Hundreds of thousands of residents fled the “apocalyptic” violence.

The regime has long claimed it is fighting “terrorists” — long before terror groups such as ISIS started entering the fray. Eventually, ISIS started taking advantage of instability wrought by the civil war and has taken over swaths of Syria.

Earlier Thursday, the International Committee of the Red Cross said heavy snowfall and rickety vehicles have slowed the evacuation of thousands of civilians and rebel fighters from eastern Aleppo.

The snow brought other challenges to humanitarian organizations dealing with the exodus.

The evacuations come under a complex people-swap agreement that essentially allows rebels to go to rebel-held areas and pro-regime civilians and fighters to be moved to regime-controlled places.