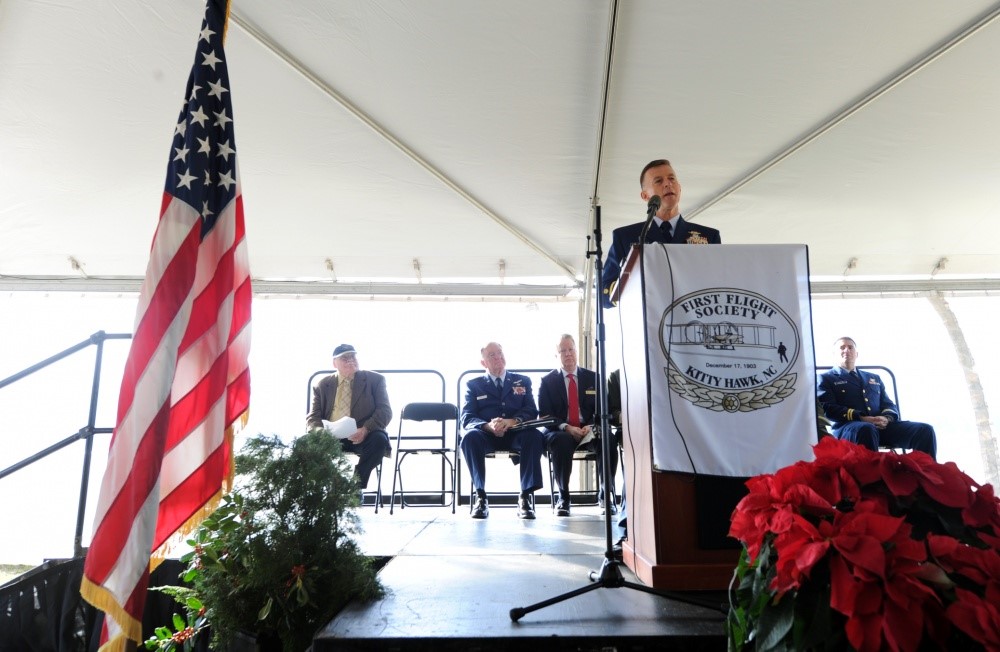 Portraits of Erickson and Graham were unveiled before the two aviators were officially inducted into the Paul E. Garber First Flight Shrine.

Erickson was the first Coast Guard helicopter pilot and was assigned to the service’s first helicopter detachment. In the early 1940’s, he trained over 100 U.S. and British service members to fly helicopters.

Graham began his Coast Guard career as a surfman, but earned his wings as a naval pilot and underwent training to become the Coast Guard’s second helicopter pilot. Graham completed the first helicopter take-off and landing on a vessel on the high seas.

Erickson and Graham took part in the “Miracle at Gander” rescue in Gander, Newfoundland, 1946, when a passenger plane crashed in a remote location. They successfully rescued 18 passengers from the crash site and demonstrated the ability of helicopters to perform under such circumstances.

“I stand in the shadows of the two true heroes we honor today,” said Adm. Paul Zukunft. “Aviation and helicopters are absolutely integral to our nation’s security. The great things the Coast Guard accomplishes would not be possible without these great pioneers we’re here to recognize today.”