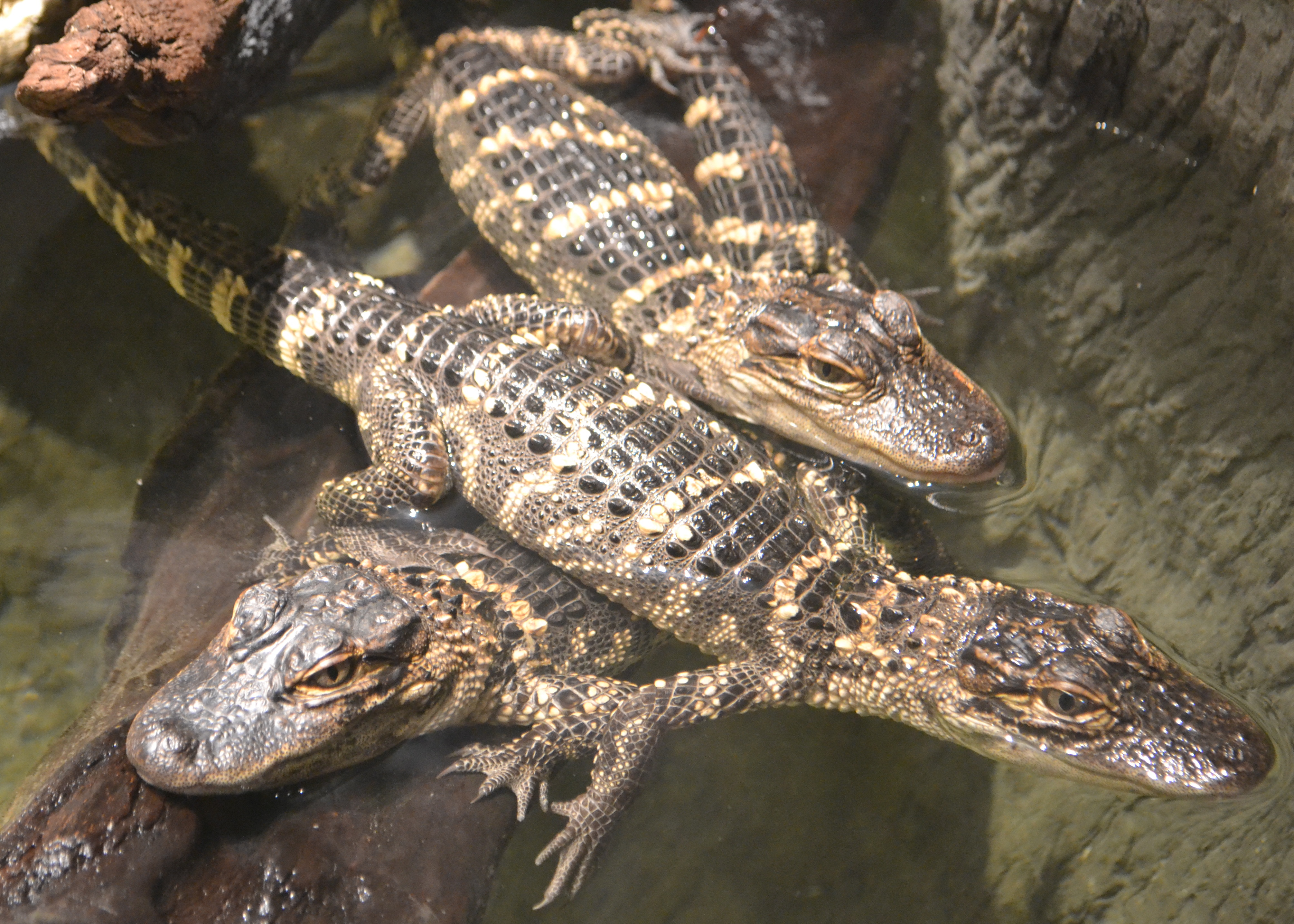 MANTEO, N.C. – Four juvenile American alligators are the newest additions to the Seven Rivers Gallery at the North Carolina Aquarium on Roanoke Island.

The gators, named Ham, Cheese, Turkey and Gravy, are all around two years old and approximately 18 inches long.

They arrived at the aquarium after being seized by the North Carolina Wildlife Resources Commission from a person who had obtained them illegally online. They have spent a year behind the scenes at the aquarium and were introduced to their new habitat in December.

The aquarium says they were named after the food they were being fed before they were seized, and while the names are cute, they aren’t healthy foods for growing alligators.

Since arriving at the aquarium, the alligators are being fed a much better diet of fish, crayfish, crickets and alligator pellets. They’re fed using a technique called ‘target training,’ where each alligator has a different colored shape they target to, like a name tag.

At feeding time, a member of the aquarium’s husbandry team will hold a specific target and call the name of its associated gator. When that alligator approaches the target, it is rewarded with food. All four have picked up the training, making it easier and safer to make sure each animal gets properly fed. Target training is how other animals in the aquarium, including sharks and adult alligators, are fed.

“When you can feed each alligator one at a time, and they respond to the target, then you don’t have them all on top of one another trying to eat,” Clark said. Target training also makes it easier and less stressful to remove an animal for vet visits, Clark said.

Along with Ham, Cheese, Turkey and Gravy, the aquarium is home to two adult American alligators, Hallow and Bleu (the distinct leucistic “white” alligator), and two other baby alligators, Bo and Al, who are animal ambassadors in the aquarium’s educational programs.