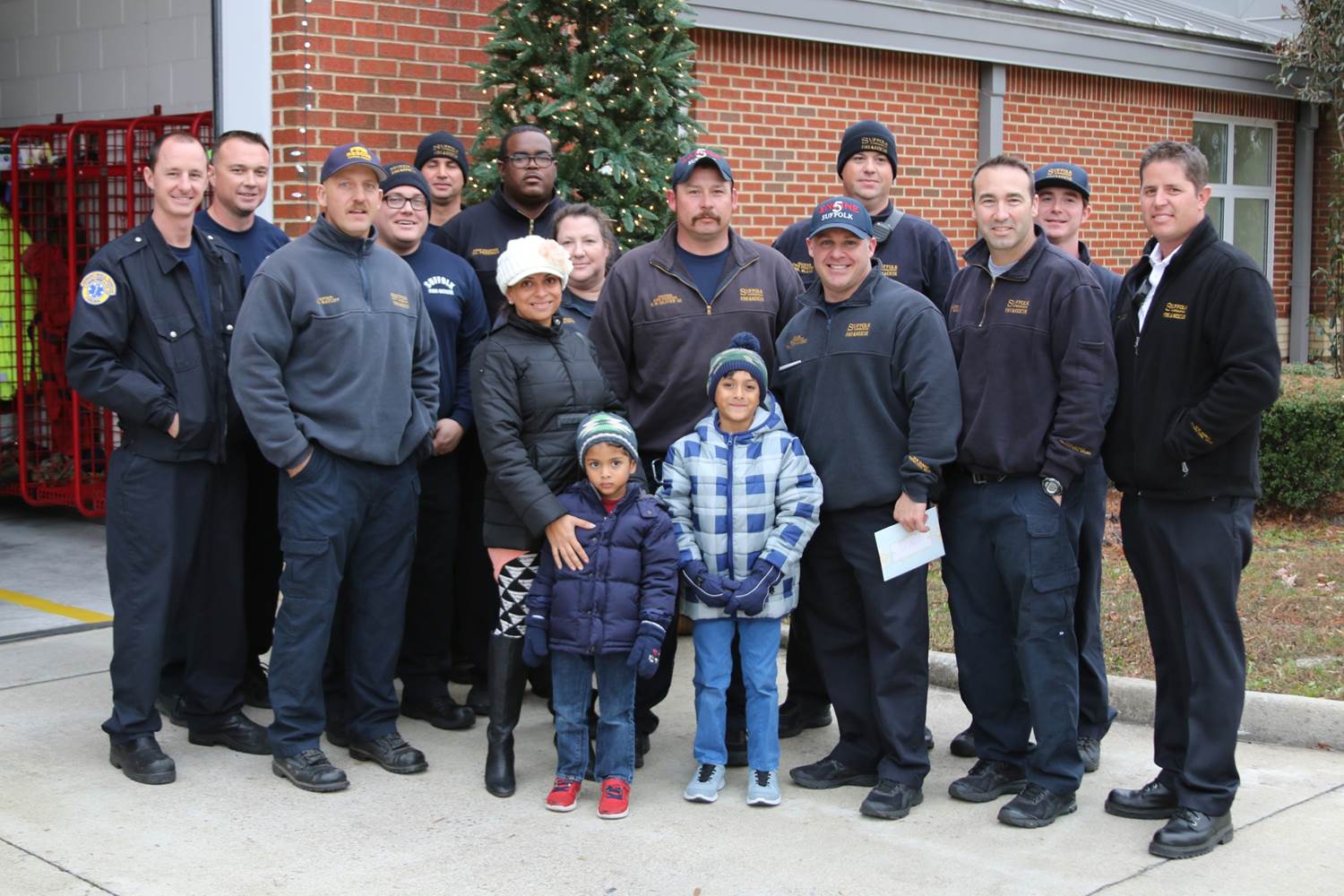 SUFFOLK, Va. – Instead of gifts for 4-year-old Ishaan Bhende, his family and friends were encouraged to give to others rather than to the boy on his birthdays.

Ishaan, along with his 7-year-old brother and mother, visited the Suffolk Fire and Rescue Station number 5 on December 14 to give the firefighters gift cards and smoke detectors.

The smoke detectors are for people in the community who need them.

Ishaan’s brother, Vedant, was a graduate of the a summer program at Station 5.

The camp made an impact on Vedant and he wanted to say thanks to the firefighters.

Their mother, Priyanka said family and friends were encouraged on each of Ishaan’s birthdays to give to others in lieu of gifts for the boy.

The gifts brought smiles and heartfelt gratitude from the firefighters at Station 5.

Lieutenant Jeremy Gould noted, “In the Fire Department and the Police as well, we see so many bad things. Through the years of doing this job, you have an opportunity to see so many good things as well. This is definitely one of those good things. This young man did this with his birthday money to look out for the Firefighters and just show his appreciation.”

During Ishaan and Vedant’s visit to Fire Station 5, they were given a tour of the facility including an opportunity to sit in a fire truck and talk with the shift that was on duty.