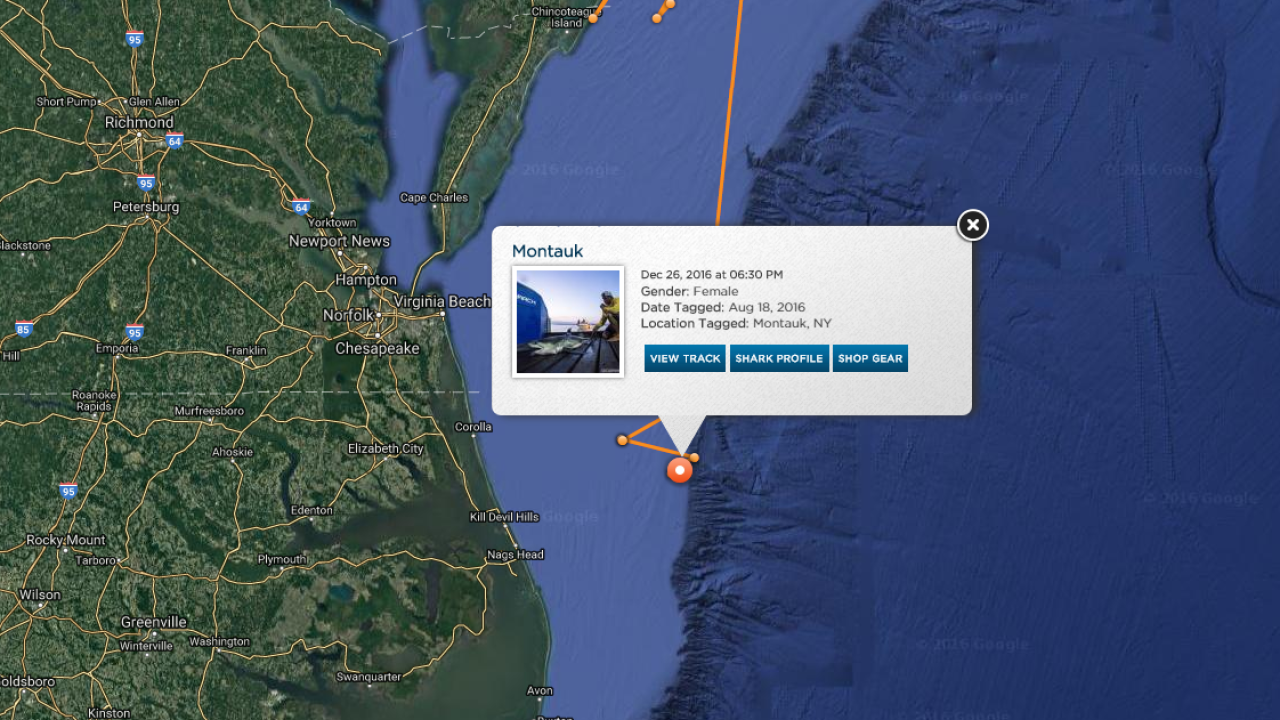 A great white shark pup being tracked by the research group Ocearch pinged off the coast of the Outer Banks on Monday evening.

The shark, dubbed ‘Montauk,’ is young and relatively small. When she was initially tagged off the coast of Montauk, New York in August 2016, she measured 4.6 feet long and weighed 50 pounds.

Since she was tagged, she cruised around off the coast of Long Island before making her way down the East Coast.

Her location is determined when the tagged dorsal fin breaks the surface of the water and transmits a signal to a satellite.

The transmission then pings back an estimated geo-location, according to Ocearch.

On December 4, a great white shark named Manhattan pinged off the coast of Nags Head.

To keep up with the sharks’ whereabouts, CLICK HERE.