Waking up with a gun to her face, handcuffed along with her family and having the incident posted on Snapchat, was not how Kimberly Santiago expected to start her morning last Thursday, she says.

Santiago, 29, of Brooklyn, New York, claimed police broke into her mother’s third floor apartment in Brownsville at 6:30am, forced her and six other family members out of bed while pointing guns at them, and placed them in handcuffs in the living room.

She said the reason they were given by police for the lockdown was “so no one will go crazy or act up,” while the officers, who arrived with a search warrant, were searching the place.

The New York Police Department has not named the officer, but said the officer involved has been suspended and the incident is currently under internal review.

Santiago said the family was handcuffed for three hours, while an officer watching them took pictures and allegedly posted them on Snapchat. A friend later sent her the photos after seeing them on the app, one titled “Merry Christmas it’s NYPD!” and the other “Warrant Sweeps it’s still a party smh.” 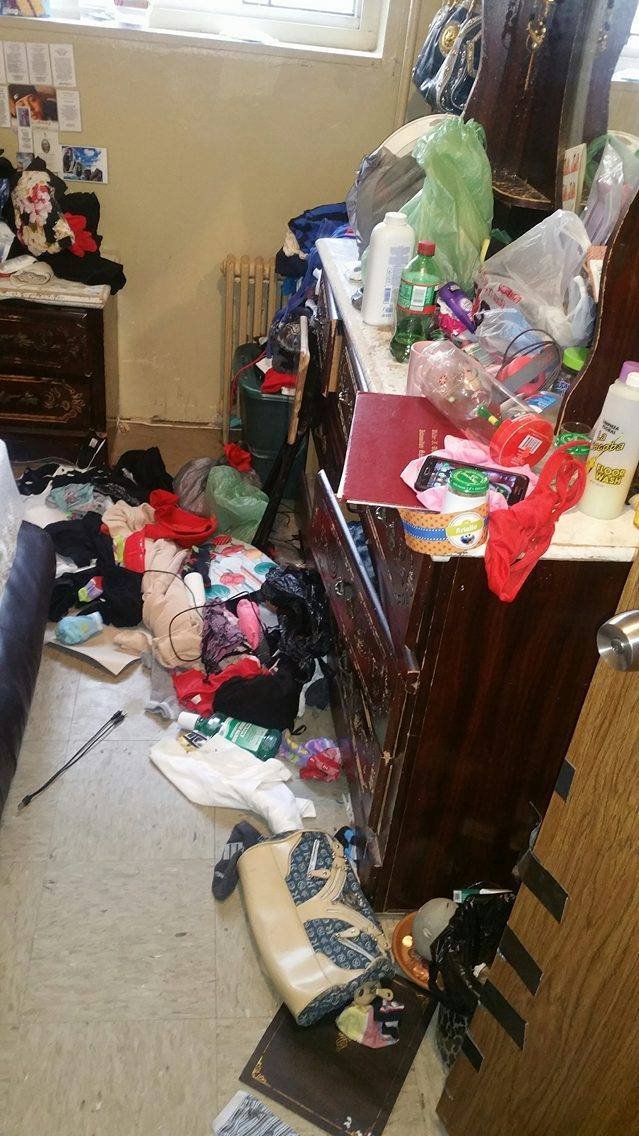 Santiago recalled seeing the officer on his phone, but was surprised and outraged to learn he was taking pictures and allegedly posting them. “Who would think an officer is going to do that?” she told CNN.

According to the police warrant handed to Santiago’s mother Ruth, the owner of the apartment, police officers were searching for a Hispanic man called JD Blue. The warrant states he is in his mid-30s, with tattoos on both arms and a mole on his face.

Santiago said none of the family members knew the man, and they were all shaken by the event. “My mom almost got a heart attack,” she said. “I told them ‘leave me in handcuffs but take my mother’s off please’.”

Santiago, whose father passed away last month, added that the police officers “turned the apartment upside down” and eventually gave her a ticket for possession of marijuana, before releasing her family with no further charges.

She said she begged the police not to touch her father’s ashes, which were placed by the Christmas tree. According to Santiago the officers obliged and did not touch the ashes.

After discovering that pictures of her family were published online by an officer from the 73rd precinct, Santiago said she called 911 and filed a complaint. She added that some items from the apartment were either missing or broken.

According to Santiago’s account, an Internal Affairs officer came back to the apartment so she and the other family members could identify the police officer who took the photos. She said she was later informed the officer had been suspended without pay for 30 days, but she remains upset and is not satisfied.

“Every time there’s a knock on the door we’re nervous, it messed us up,” she said. “How did my mom’s apartment become a situation they had to raid? Did they have any proof or cause to lead to all of this? I need answers, they got to do more than suspending.”