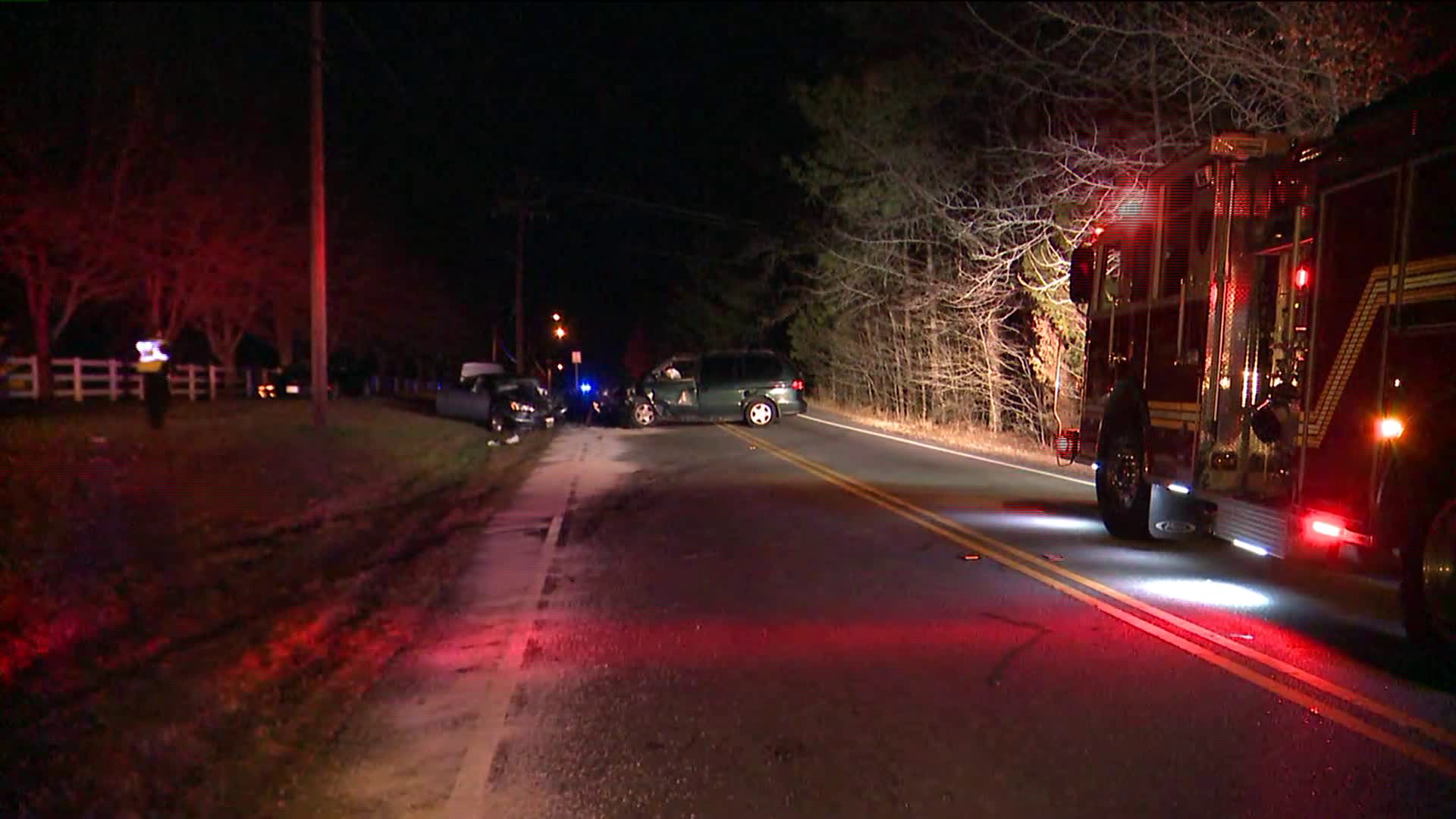 The incident happened in the 17400 block of Warwick Blvd., near Elmhurst Street around 4:50 p.m.

A van traveling north crossed into oncoming traffic narrowly missing a southbound van and striking head-on a sedan that was traveling south.

Four patients were transported to local hospitals by medics. One patient appeared to be in critical condition and the others were less seriously injured, police say.

Police also told News 3’s Anthony Sabella that one person had to be extricated from a vehicle.

Warwick Blvd., was reopened in all directions at 7:45 p.m.

Police are actively investigating the incident and charges are possible.

Stay with News 3 as more on this incident develops.