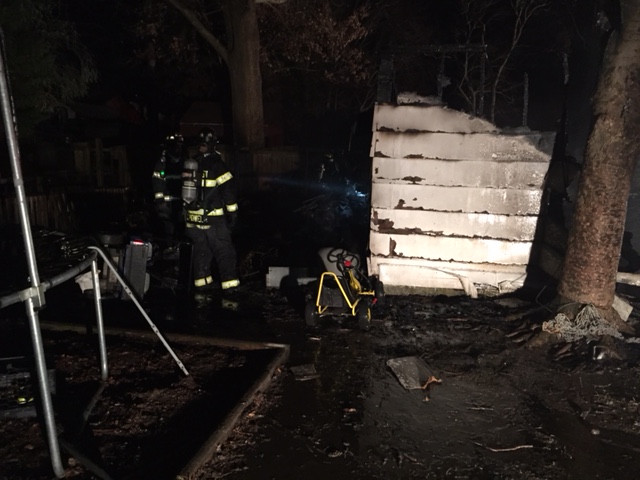 HAMPTON, Va. – A detached garage was destroyed by a fire caused an electrical short on New Year’s Eve in Hampton.

Firefighters were called to the 800 block of Weymouth Terrace at 6:43 p.m. Saturday evening.

Once on scene, they found a large detached garage at the rear of the home on fire. Firefighters were able to put the fire out in about 20 minutes.

The home itself suffered minor heat damage from the fire and a surrounding fence line around the garage was also damaged.

The residents of the home were home at the time and were alerted by a loud sound in the garage.

One person was treated for minor smoke inhalation and was refused to be taken to the hospital. No firefighters were hurt.