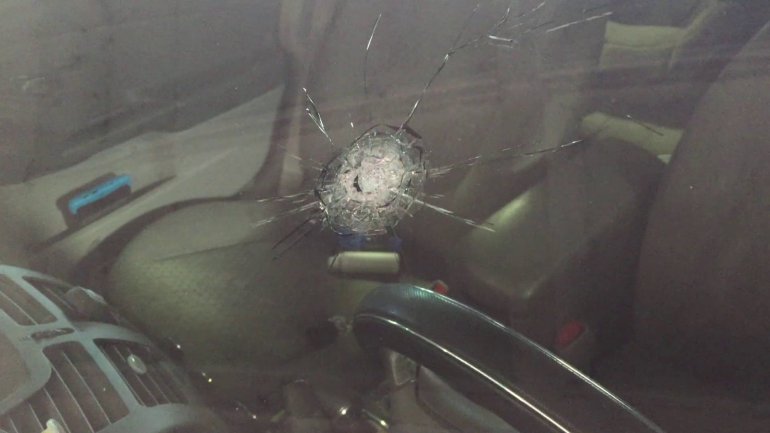 RICHMOND, Va. — A mother driving home from a late-night church service with her two children was struck by a stray bullet early New Year’s Day, according to WTVR.

LaShawnda Pratt’s finger was shattered by a bullet 15 minutes into 2017.

After undergoing surgery Sunday morning, Pratt now has pins in her pinky finger.

“I had just left church, me and the kids,” Pratt said. “And the bullet just hit the car out of nowhere – the front windshield.”

Pratt said she was headed towards the interstate when she heard gunfire.

The young mother said she threw up her hand and basically caught the bullet when her windshield shattered.

Pratt believes the random gunfire came from Creighton Court where officers were spotted later in the day Sunday.

Pratt said she hoped police can find the gunman.

“Just stop shooting on New Year’s,” Pratt said. “I got a registered gun and I don’t go out and shoot just because I can.”

One Richmond police officer on patrol tweeted a photo showing the number of calls coming in for random gunfire just after midnight on New Year’s.

Pratt, who is out of work and trying to heal, said she never imagined something like this would affect her family.