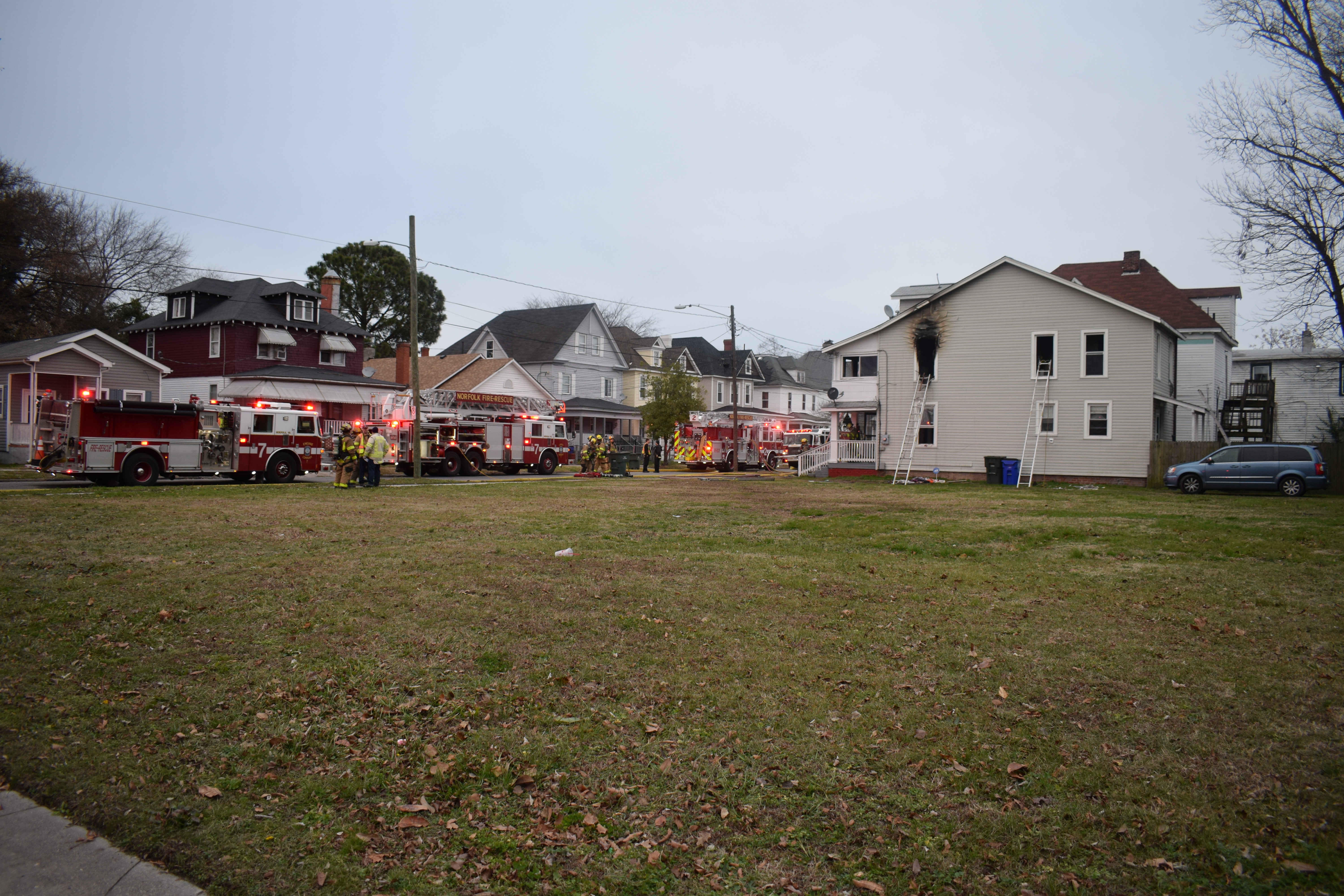 NORFOLK, Va. – Fire and Rescue crews responded to a house fire on Thursday around 4 p.m. in the 200 block of West 28th Street.

Officials say when they arrived flames and smoke were visible from a second floor window.

An adult female and her two smaller children got out of the home on their own before crews arrived.

The mother told firefighters she discovered a fire in her daughter’s bedroom and then called 911.

Firefighters got into the home and found the fire in the room on the second floor and were able to quickly exterminate the flames.

Furniture was salvaged on the first floor below the fire as it was covered in order to keep water and smoke from damaging it.

Authorities say the home sustained some smoke damage and the fire was contained to one room.

The family can not live in the home right now and they have requested Red Cross assistance.

The home did have working smoke alarms that were sounding when crews arrived.

There were no injuries reported in this incident.