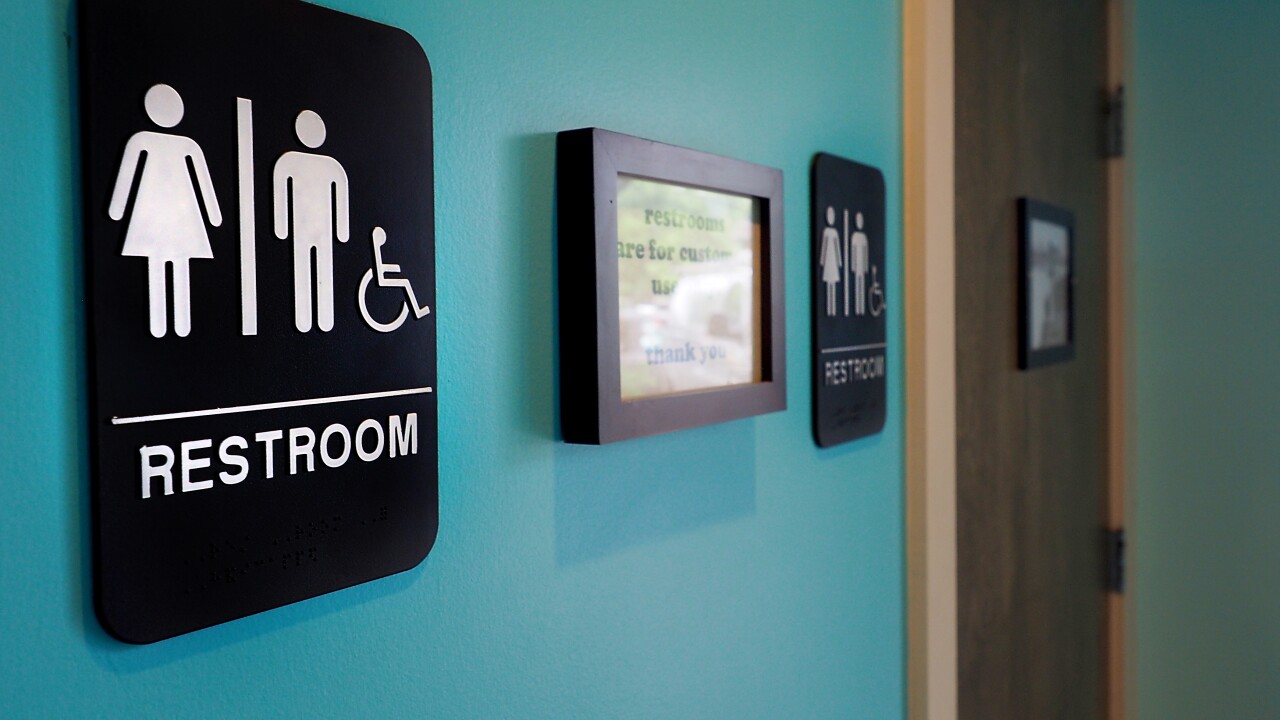 DURHAM, NC – MAY 10: Unisex signs hang outside bathrooms at Toast Paninoteca on May 10, 2016 in Durham, North Carolina. Debate over transgender bathroom access spreads nationwide as the U.S. Department of Justice countersues North Carolina Governor Pat McCrory from enforcing the provisions of House Bill 2 (HB2) that dictate what bathrooms transgender individuals can use. (Photo by Sara D. Davis/Getty Images)

VIRGINIA – A bill that would have told transgender individuals which bathroom they must use died in a General Assembly subcommittee Thursday.

The panel took a non-recorded vote to table the bill, much to the chagrin of its sponsor, Del. Bob Marshall, R-Prince William County. By tabling the bill through a voice vote, the subcommittee members were able to keep their records hidden from the public.

House Bill 1612, as originally proposed by Marshall, would have required people in public schools and government buildings to use the restroom for the sex shown on their original birth certificate. The bill also would have required the principal of a public school to notify the parent or guardian if a child asked to be identified by a name, pronoun or treatment “inconsistent with the child’s sex.”

Marshall spoke on the legislation, dubbed the Physical Privacy Act, Thursday in the subcommittee and amended the bill from applying to the gender on an individual’s original birth certificate to the gender on their current birth certificate. This amendment would have allowed transgender individuals who have gone through the legal process of changing their gender with the state to use the bathroom and locker room corresponding to the gender approved by a circuit court.

The issue has generated controversy. The Obama administration has told public schools to allow transgender students – who are born as one sex but identify as the other – to use the bathroom of their choice. North Carolina has faced business boycotts after passing a law similar to HB 1612.

LGBT advocates say that for fairness and safety, transgender people should be allowed to use the restroom of the sex with which they identify. Opponents fear that such policies would allow men to enter a women’s restroom and could lead to sexual assaults.

After the bill was tabled by the unrecorded voice vote, effectively killing it, a visibly angry Marshall called for an on-the-record vote, “…so the Virginians know what you’re doing.”

“You campaign one way and come down here and vote another,” Marshall said.

A second Marshall-sponsored bill also failed in the subcommittee. HB 2011 would have said it’s not discriminatory to decide separation of the sexes based on “…the biological characteristics or qualities that distinguish an individual as either male or female as determined at birth.” The bill died for lack of a motion.

“I’m going to pray you that you all get courage,” Marshall said after the committee chairman, Del. Keith Hodges, R-Urbanna, declared the bill dead.

A bill that would have prevented discrimination in employment and public accommodations based on sexual orientation also died in the subcommittee.

“When you hire or fire someone it should be based on their ability, not on their sexual orientation,” Levine said.

A religious freedom bill, HB 2025, proposed by Del. Nicholas Freitas R-Culpeper, was approved by the committee. The bill protects an individual who refuses to perform a marriage based on religious beliefs from criminal or civil liability. Gov. Terry McAuliffe vetoed a virtually identical bill last year under claims that it was unconstitutional and discriminatory.