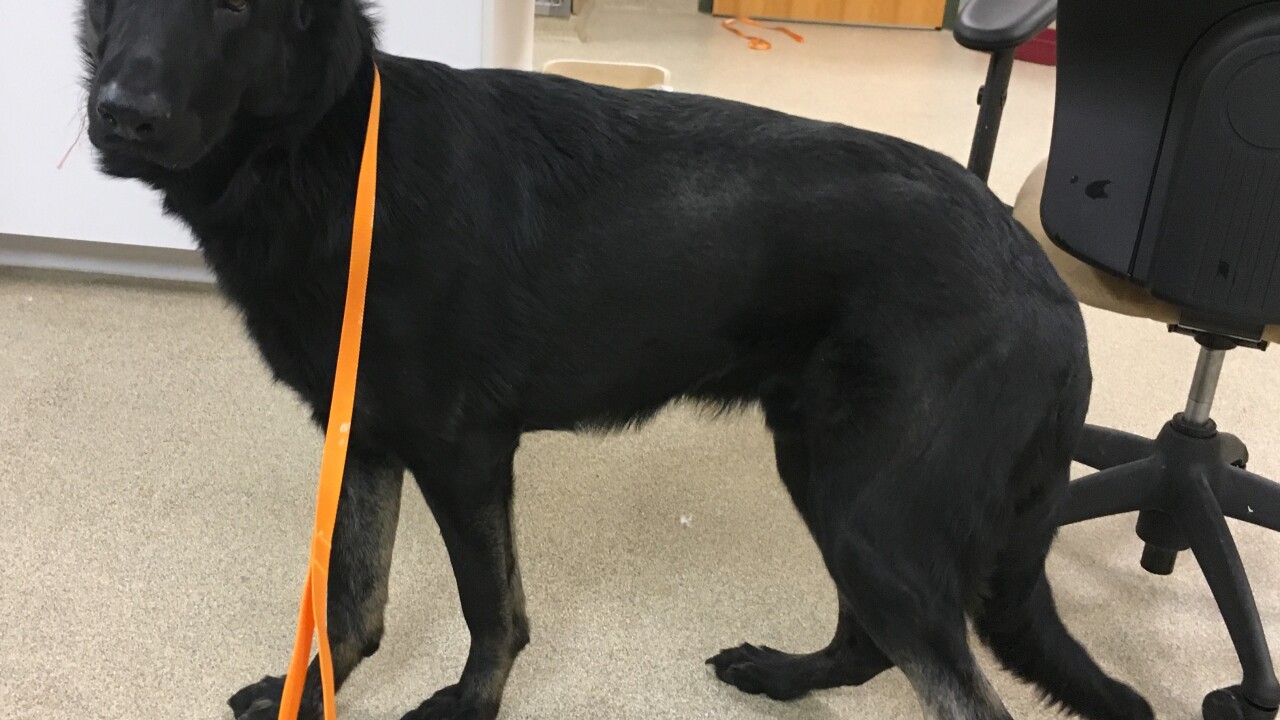 VIRGINIA BEACH, Va. – Animal Control Officers say a German Shepherd named Knight has a tale of survival, after the dog was found locked inside a garage for ‘multiple days.’

According to Virginia Beach Animal Control, officers responded to a home in the 800 block of Gadwall Court on December 21st for an animal cruelty complaint.

“The complainant indicated the residents of the home had not been seen in a week, and a dog had been left in the garage,” a statement sent to News 3 reads.

According to a search warrant, nearby neighbors called constantly during that time to report a dog barking from the home.

After three days of trying to make contact with the owner, officers executed a search warrant on the home on December 23rd.

“The Animal Control Officer found a dog, a German Shepherd named Knight in the garage of the residence,” officers said in a statement. “The conditions were consistent with no care having been provided for multiple days.”

Court records say there was a “strong odor of feces and urine coming from the garage.”

Officers say they made contact with Knight’s owner a day later, and he elected to release ownership of the dog.

Anthony Smith, 47, was charged with failure to care for a companion animal as a result of the crime.

Officers say Knight has since been released to another agency out of the state, but his tale of survival keeps them motivated to intervene in other animal cruelty cases.