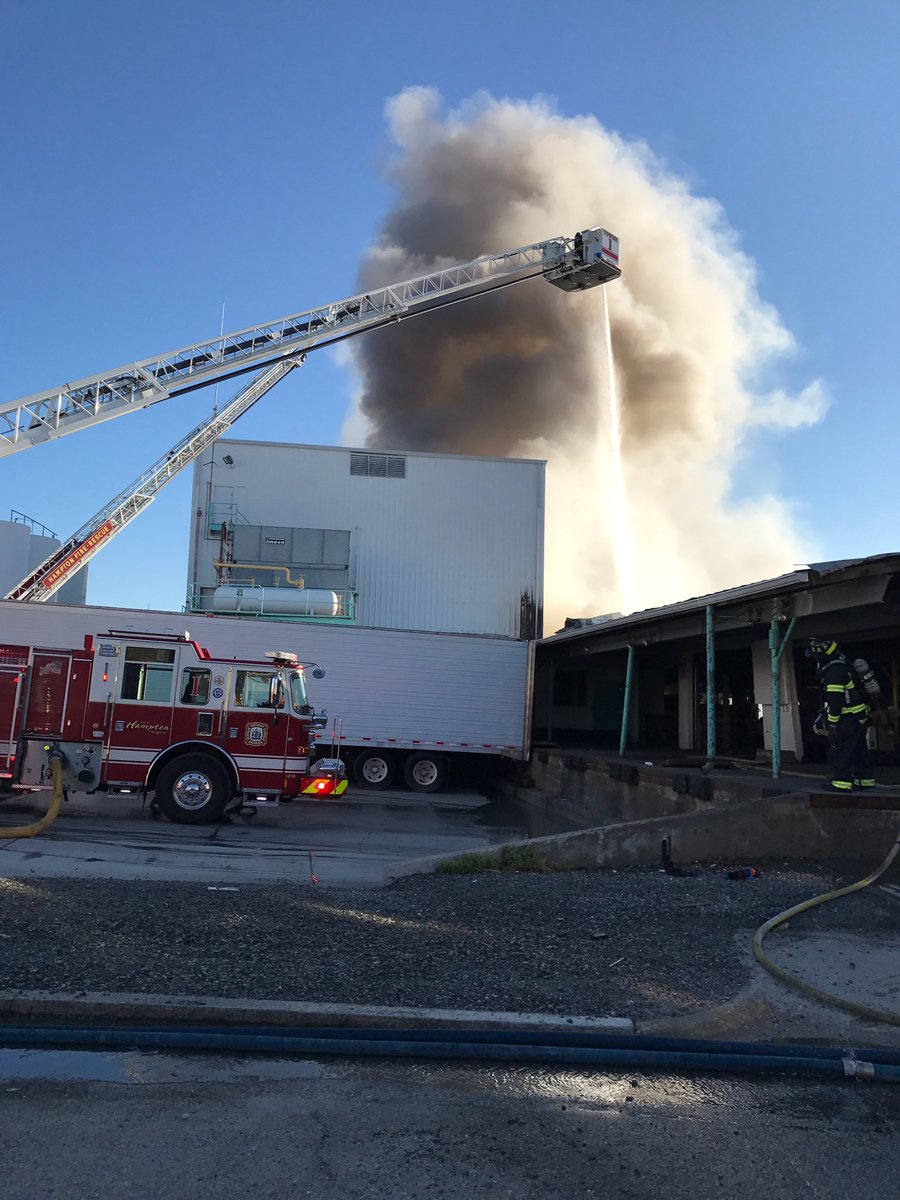 Hampton Fire and Rescue was dispatched to the L. D. Amory Inc. building at 8:18 a.m., after the fire alarm was activated. Several people called reporting a large fire in the building.

When units arrived, they saw a large cloud of smoke and requested a second alarm from the Emergency Operation Center.

Heavy smoke and flames were coming from the back of the warehouse.

Crews discovered that the fire moved to a commercial fishing vessel. A crew from station 2 was able to relocate another vessel and protect it from the fire. An additional vessel sustained damage to the wheel house and galley area.

Norfolk Fire and Rescue and Newport New Fire assisted crews at the scene. Hazmat crews also responded due to an ammonia leak on the ship.

It took four hours for crews to extinguish the fire. The warehouse sustained heavy fire, smoke and water damage. Administrative offices were not damaged and will function normally, according to the business owners.

One employee and one fire department personnel were injured. Both were treated at a local hospital for minor injuries.

Hampton Police assisting on scene of a large fire in Downtown Hampton. Traffic is being diverted. Please avoid the area. pic.twitter.com/WjHyb6IH5w