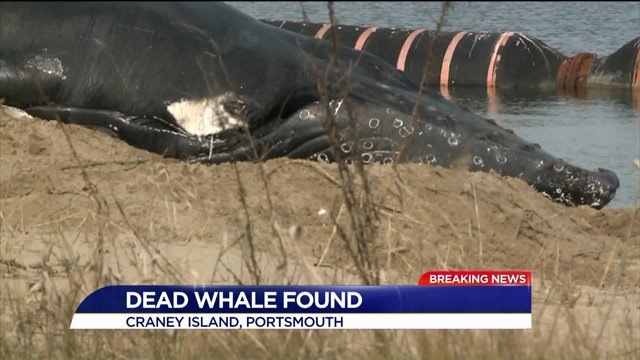 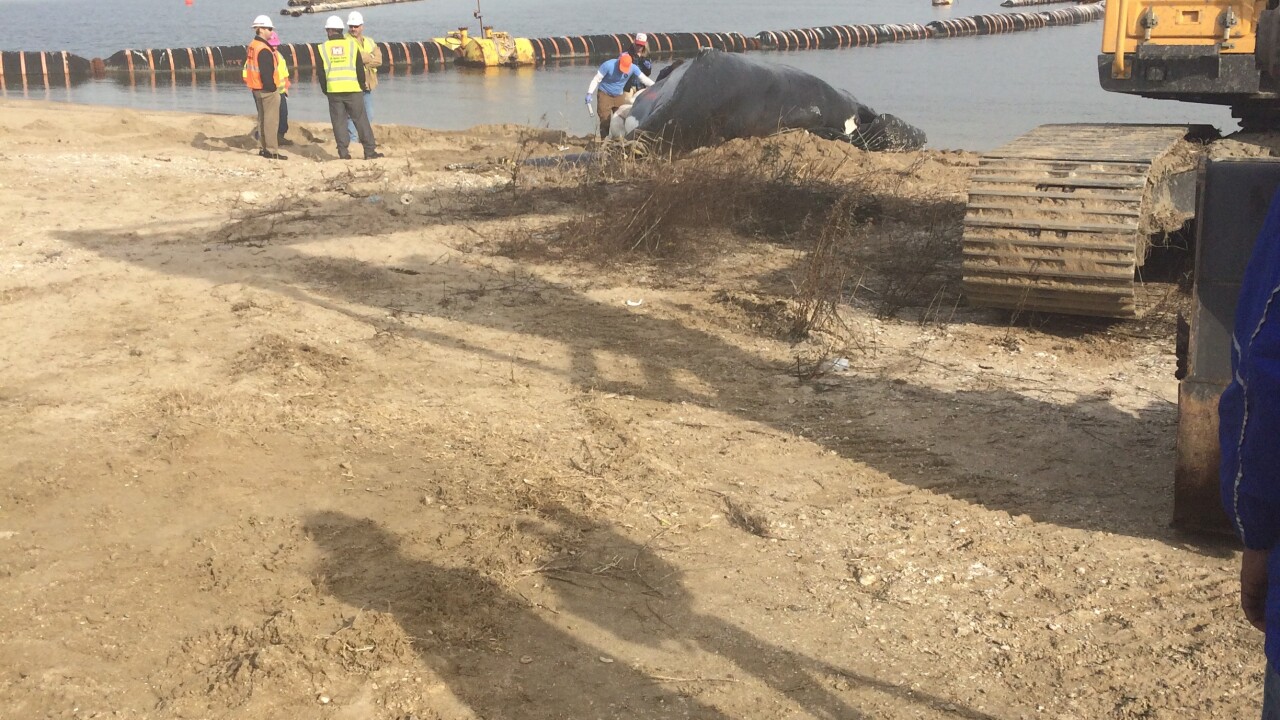 PORTSMOUTH, Va. - A deceased whale was towed to shore near Craney Island on Thursday.

The Virginia Aquarium says the whale will be examined before a full necropsy is performed on Friday.

Crews discovered the whale near the HRBT on Thursday morning. It was already dead at that point, and had cuts that make it seem like a ship ran it over. It's not clear whether that happened when it was alive or dead.

The young male humpback whale was stretched out along the sand on Craney Island as a team from the Virginia Aquarium spent the afternoon examining it.

"It is definitely sad," said Alexander Costidis from the Virginia Aquarium. "It's also an opportunity to learn and get as much information as we can. These are very large animals. They're hard to study. They travel long distances. They're only here part of the year, so it's an opportunity to to learn a lot more about them."