Police are investigating a flurry of swastika vandalism in three major U.S. cities.

Chicago Police released a surveillance video Saturday that shows a man smashing the front window of a synagogue and placing swastikas on the front door.

In the video, the suspect pulls up to the synagogue curb in a dark colored SUV just after midnight, gets out of the vehicle, places the stickers on the front door and then breaks the glass with a metal object. He then gets back in the car and flees the scene.

The man is wearing dark clothing and a dark head mask, police said.

The incident is being investigated as a hate crime.

"The Chicago Jewish community will not be intimidated by anti-Semitic attacks on a house of worship," American Jewish Committee Director Amy Stoken said in a statement to CNN. 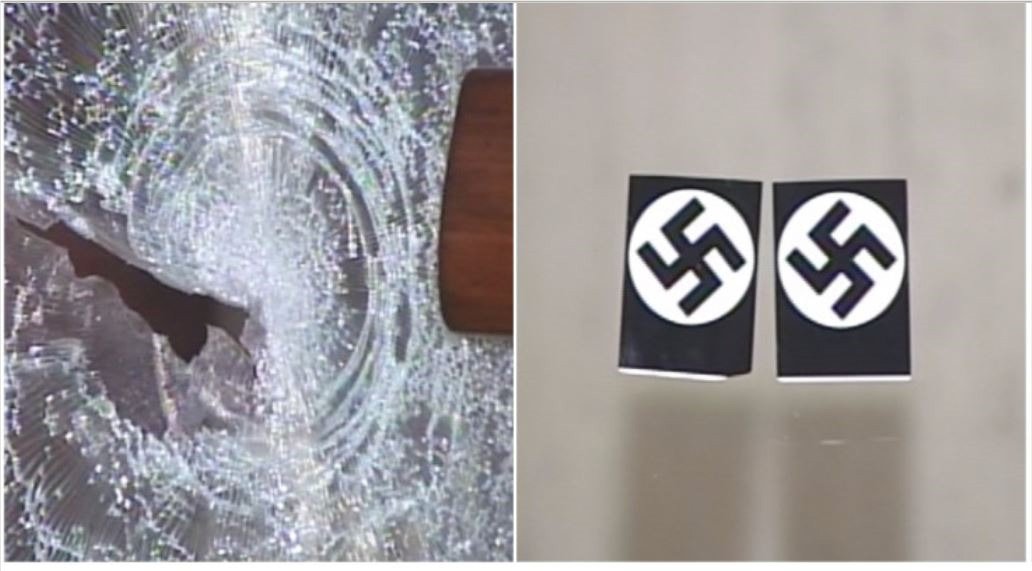 "I have had it with this behavior"

Campus police at Rice University in Houston are investigating the swastika vandalism of the school's William Marsh Rice statue.

The university reported that a swastika was drawn on the base of the iconic statue in the academic quad Friday night. The vandalism also included unidentified "words" according to a Rice statement sent to CNN.

"I have had it with this behavior...We are smarter, we are resolute and we outnumber the hatemongers by far," University Dean John Hutchinson said in the statement.

"We will not let hate win"

It was not a typical Saturday night getting on the subway in New York City. One man, Gregory Locke, observed "a Swastika on every advertisement and every window" on a train.

"We will not let hate win," Clinton said.

Passengers were stunned by the acts of hate and one person on the train asked for hand sanitizer which was used to help erase all the swastikas written with a Sharpie, Locke said in his post.