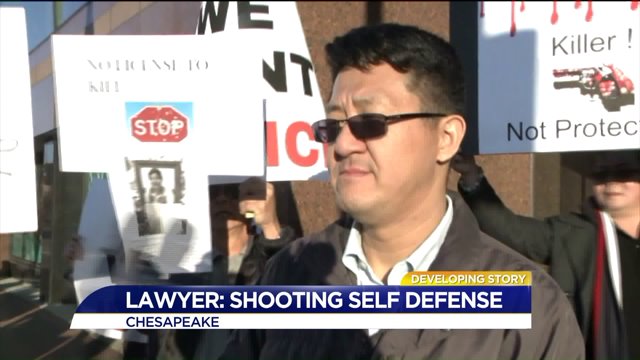 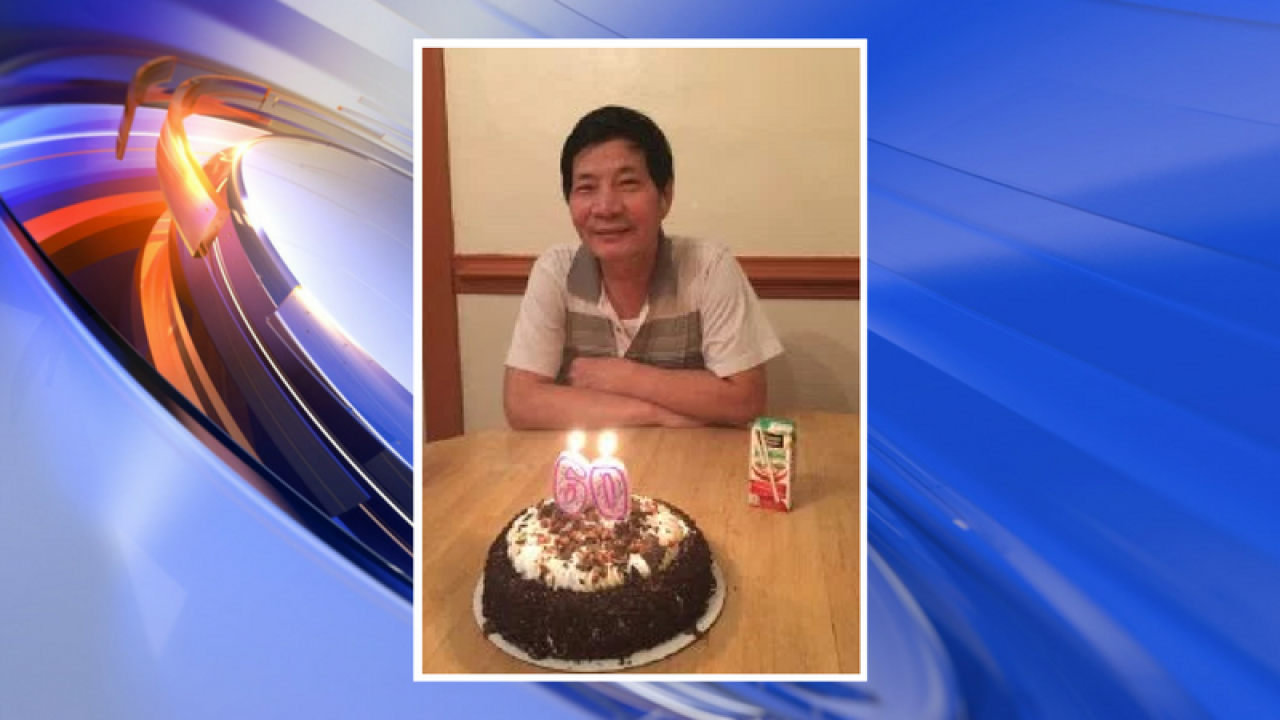 CHESAPEAKE, Va. – Sources tell News 3 there is a witness in the shooting death of JianSheng Chen, the 60-year-old man who was shot after getting into an altercation with a security guard.

Attorney Andrew Sacks, who is representing the security company, held a press conference Monday at 4 p.m. Sacks, who only referred Chen as Individual A said he drove a blue van toward the security guard on January 26.

Sacks said the security guard opened fire because he feared for his life.  He said the security company has documentation to prove that Chen and other relatives of his were told on several occasions that they were barred from private property.  The incident happened at 11 p.m. near the River Walk Clubhouse.

When News 3 arrived at the press conference there was a large group of protesters outside Sacks' office with signs calling for justice.

According to local attorney Greg Sandler, Chen was playing Pokemon Go last Thursday when he was shot and killed by a neighborhood security guard.

“I did not want the public to misunderstand Mr. Chen,” said Sandler, who believes the incident escalated partially because of a language barrier.

Sandler represents Chen and his family. He says Chen showed up to the club house in the River Walk neighborhood of Chesapeake because there is a Pokemon Go gym at that location.

“I cannot imagine what could have justified shooting through the front windshield of Mr. Chen’s van five times,” Sandler told News 3’s Merris Badcock on January 30.

While Chen was gaming, he was allegedly approached by a security guard for the neighborhood. According to police, a confrontation ensued and Chen was shot and killed.

“His family is a homeowner in the area,” said Sandler. “Ironically, he is one of the people security is supposed to be protecting as a homeowner.”

According to Chen’s brother, the 60-year-old grandfather only spoke basic English words like ‘sorry’ and ‘bye’.

“I speak a little bit of English. He, nothing,” the brother told reporters on Friday.

News 3’s Merris Badcock went to the location where Chen was gunned down. She downloaded the Pokemon Go mobile application and found that there was a Pokemon ‘gym’ at the River Walk clubhouse.

Sandler explained that a gym is different from catching Pokemon. “A gym requires you to stay put in one location so you can train your critters,” Sandler said.

In a statement to News 3, the River Walk Community Association said they “have a contract for unarmed roving patrol services”, so it is unclear why the security guard was armed with a gun.

We reached out to the company that provided the security guard to the River Walk Community Association, but they have not answered any of our requests for comment.

An attorney representing the security guard said he was acting in self defense. He also said a witness was with the guard and can corroborate the story.

Police are not releasing the identity of the security guard because he has not been charged, but they say the case is still active and under investigation.

My uncle, Jiansheng Chen was a kind, wise and caring family man. My uncle isn't the smartest person I know but definitely one of the wisest I know. It is a story told by my grandmother when I was younger that my uncle dropped out of school shortly after grade 6, not because he didn't want to continue his education but to support his family and at age 14 he did so as a mine worker during a rough time shortly after Chinese Revolution. It is a reminder for what he had sacrificed for us and a motivation for our education.

He is a man with few words but proves himself with actions from time to time. He never talks about his past or his sacrifices and constantly moving forward. He was the first from my family to immigrate from China to the United States of America, 28 years ago in pursuit of happiness and religious freedom. He always knew that what he had to do was to work day and night. He saved money for the family to have a better life and move to U.S.A.

Today, my family from grandparents, their brothers and sisters (my grand-aunts and great-uncles) to all my cousins, we are either U.S citizen or green card holders, all because of my pioneer uncle.

My uncle was the first Mongolian restaurant owner in Hampton. Although he is no longer in the restaurant business, he continued many and including his brother and daughter's restaurant with his expertise.

My family is from Fujian, China, which is a coast city. We grew up eating seafood and my uncle loves to fish. As a retired man, he went out to fish from time to time and shared his catch with family. He is a man with loving heart and being loved by many. Everyone enjoys his presence and his unexpected visits which we will never see again.