Police say one person was transported to the hospital but their injuries are believed to be non-life threatening.

The crash caused significant damage to a power pole and Dominion Virginia Power crews are at the scene assessing the situation.

According to Dominion, approximately 8,000 customers were originally without power in the area as a result of the crash.

As of 9 p.m. all customers appear to be with power.

Just down the street a sinkhole was also discovered which is believed to be unrelated to the crash.

Repairs were being done to the sinkhole and it was repaired quickly. 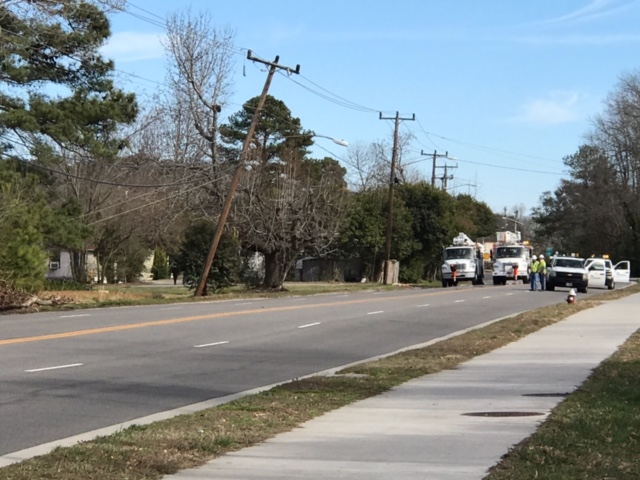