VIRGINIA BEACH, Va. - A whale washed up along the shore in Virginia Beach near 80th Street over the weekend, marking the third time a whale has died in local waters in recent weeks.

"It's troubling. There's no doubt about that," said Susan Barco, the research coordinator at the Virginia Aquarium. "Whether it's a trend, we can't really tell."

The latest whale appears to have been killed by a ship's propeller, Barco said. A team from the Aquarium spent the day examining its body to confirm that.

On February 2, a deceased whale was towed to shore near Craney Island in Portsmouth. Crews discovered the whale near the HRBT. Preliminary findings show the whale was killed by a propeller.

A whale washed up along the Eastern Shore on February 7. Passerbys had spotted the whale near the Chesapeake Bay Bridge Tunnel. It washed up near several people's backyards.

Humpback whales pass through the local waters this time of year to feed. "Three sounds like a log when you're having to deal with that much whale, but it's a relatively rare event," Barco said. 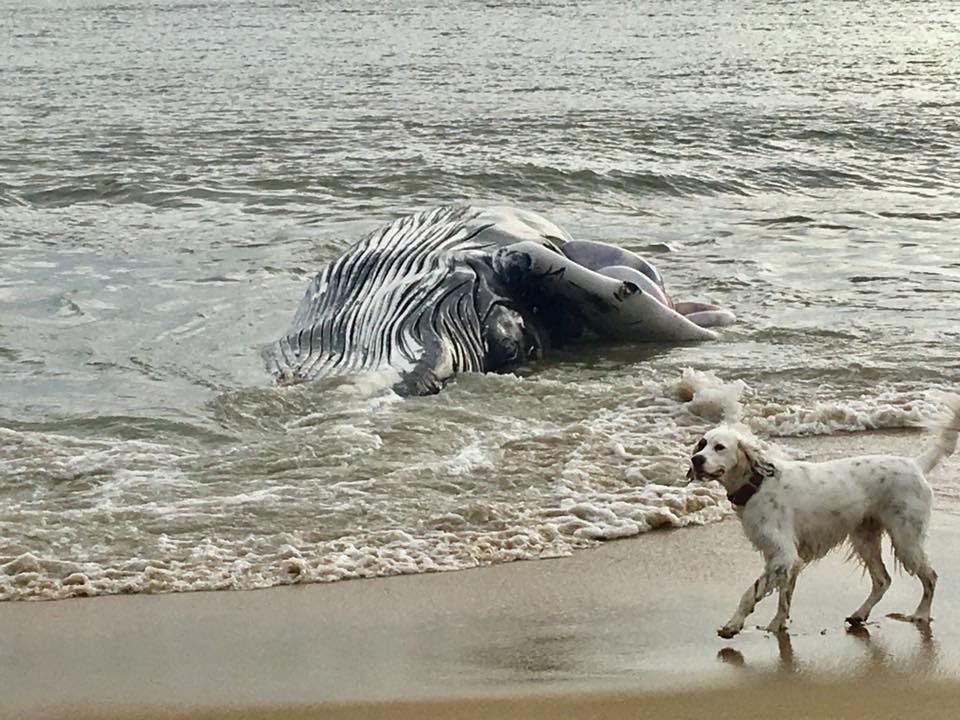