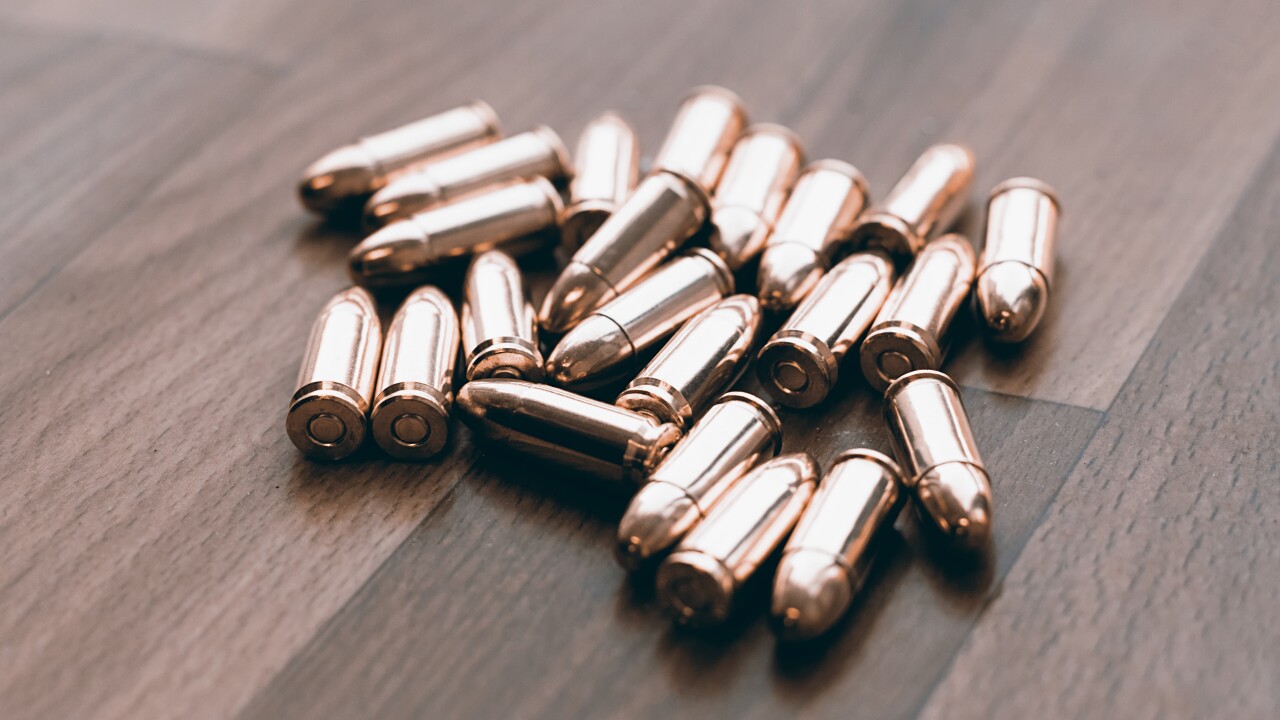 In the United States, routine screening for lead poisoning in adults is focused on jobs in which exposure to lead is likely.

Yet bullet fragments that remain lodged in the body can be an important cause of lead poisoning, according to a government report published online Thursday.

The Centers for Disease Control and Prevention found that, overall, fewer than 1% of cases of adults with elevated blood lead levels were caused by retained bullet fragments. However, for those with the highest blood lead levels, nearly 5% of cases could be linked to bullets.

“There are no safe levels of lead in the human body,” said Debora Weiss, lead author of the report and an Epidemic Intelligence Service officer at the CDC. She added that exposure to lead can have both short- and long-term effects, ranging from a small change in organ function to symptomatic life-threatening toxicity.

An estimated 115,000 firearm injuries happen every year in the United States, and the majority — 70% — are not fatal, “meaning that the bullet is possibly retained,” Weiss said.

No one knows exactly how many people might have elevated blood lead levels due to retained bullet fragments. Weiss and her colleagues analyzed data reported to the CDC’s Adult Blood Lead Epidemiology and Surveillance program, which requires blood lead level test results to be reported to state health departments.

Most of the reports in this system are occupational in nature, but some are tests run by doctors who suspect their patients have lead toxicity. High-level reports are followed up by the state, which contacts the lab, healthcare providers and sometimes even the patient to determine where the lead exposure occurred. Then, a short narrative describing the source of the lead poisoning is added to the system report.

“Current evidence shows that lead exposure even at very low levels — and we’re talking about (blood lead levels) around 5 micrograms per deciliter and lower — have been associated with decreased renal (kidney) function,” Weiss said.

At the 10-microgram mark, an adult may experience an increased risk of hypertension (high blood pressure) and a tremor, she added.

Those with bullet fragments in their bodies were predominantly males between the ages of 16 and 24.

Most often, it is adults in high-risk exposure occupations who have high blood lead levels: workers in lead foundries, ammunition plants, construction sites and shipyards, Weiss said. Though government regulations phased out the use of lead in household paints in 1978, “paint for ships and paint used in construction, specifically bridge paint, still does contain lead, and that’s because lead is a good anti-corrosive,” she said.

Unless a person with a retained bullet works in a high-risk profession, they probably will not get routine screening for lead, as “symptoms can appear soon after acquiring the bullet, or they can actually appear decades later,” Weiss said. Symptoms include fatigue, abdominal pain and memory loss, which would not spur most doctors to test for lead.

“Indeed, a low index of suspicion of lead toxicity by medical providers might result in delay in diagnosis, or potentially multiple incorrect diagnoses” before some patients learn the real cause of their symptoms — lead poisoning, said Weiss.

Additionally, blood lead levels fluctuate in people with retained bullets, since bullets can migrate and cause more trouble in one area of the body compared to another.

“The first and most important step in the treatment of elevated blood lead level is removal from the source of exposure, which in this case is difficult because it’s embedded in the body,” Weiss said.

Erring on the side of caution

“Very often, the bullets are not removed in the (hospital) setting because doing so would potentially cause more harm to the patient than the bullet has already done,” said Dr. Alan Cook, director of trauma research at Chandler Regional Medical Center in Arizona.

On TV, we may see doctors “remove the bullet and drop it in the little cup, and it makes that sound, and that means the person is going to live,” said Cook, who was not involved in the CDC report. But this is not reality in most cases.

Unless it is wedged in a vital organ, the eye, the joints, the spinal fluid or a blood vessel, a bullet is usually just left alone, according to Weiss.

Or, as Cook noted, “we err on the side of caution and do the least amount of harm, and leaving it there is often the safest thing.”

Cook and his colleagues published a study in the journal Injury that found that approximately 30,000 people are hospitalized each year in America because of gunshot wounds.

Though the new study “is executed just fine,” Cook said, there are problems with how the data are collected.

“There are a lot of people in our nation who have been shot in a non-fatal way who have retained bullets,” but these people may not have come to light through the Adult Blood Lead Epidemiology and Surveillance program, he said.

This is true because most adults do not get tested for blood lead levels, so the surveillance program overwhelmingly includes those tested as a result of performing an at-risk job.

“Just having a bullet fragment in the soft tissues doesn’t necessarily mean that someone will be at increased risk for elevated blood lead levels,” Cook said. “If the bullet is lodged in a bone or a joint space — say, for example, the knee or the hip — then somehow that is associated with greater bioavailability of the lead or better distribution of the metallic lead into the bloodstream.”

According to Weiss, there has been a decreasing trend in elevated blood lead levels among adults thanks to reductions in environmental sources and improved protection from occupational exposure.

The new study, Cook said, is “another piece of the puzzle that adds to the morbidity and mortality of gun violence in our country.”

“This is a paper that takes the story beyond the hospital walls regarding one of the long-term chronic problems that can arise following gunshot wounds,” he said. “And it’s one that is not very often considered.”