CHESAPEAKE, Va. - An Elite Contracting service truck was hit by a train in the 3000 block of Yadkin Road in Chesapeake on Monday morning.

According to the Chesapeake Fire Department, calls reporting the incident came in at 8:22 a.m. and crews arrived on scene at 8:29 a.m.

Police say there were two men in service truck at the time of the accident. They say the driver tried to cross the tracks while the train was approaching. He has been charged with failure to yield. The two men refused a transport to the hospital. The front of the Norfolk Southern train was also damaged in the accident.

The crash caused the truck to flip off the tracks and caused approximately 20 gallons of diesel fuel to leak.

A portion of Yadkin Road was closed while crews cleaned up the fuel and towed the truck away.

Elite Contracting has not commented on the accident. 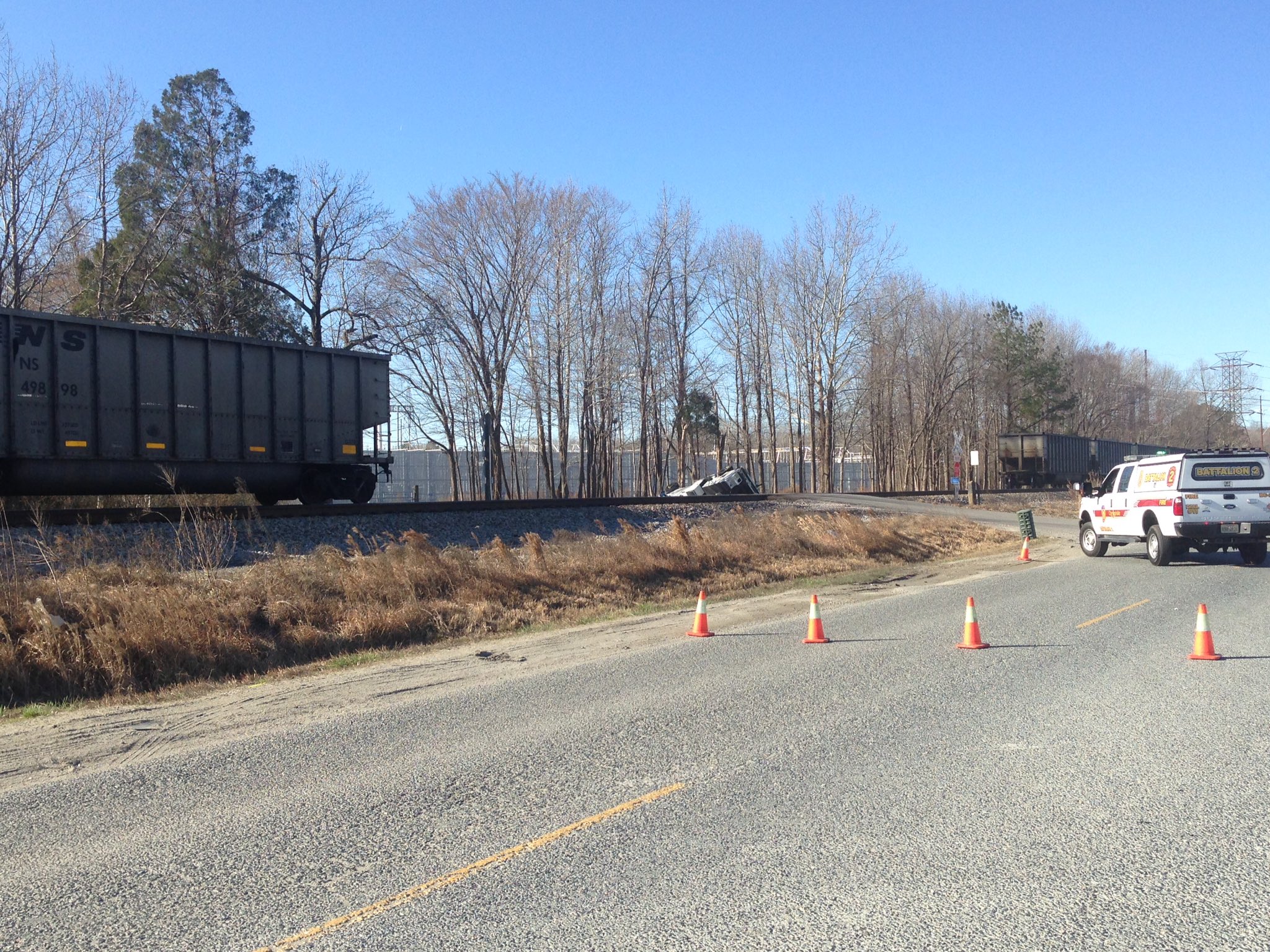