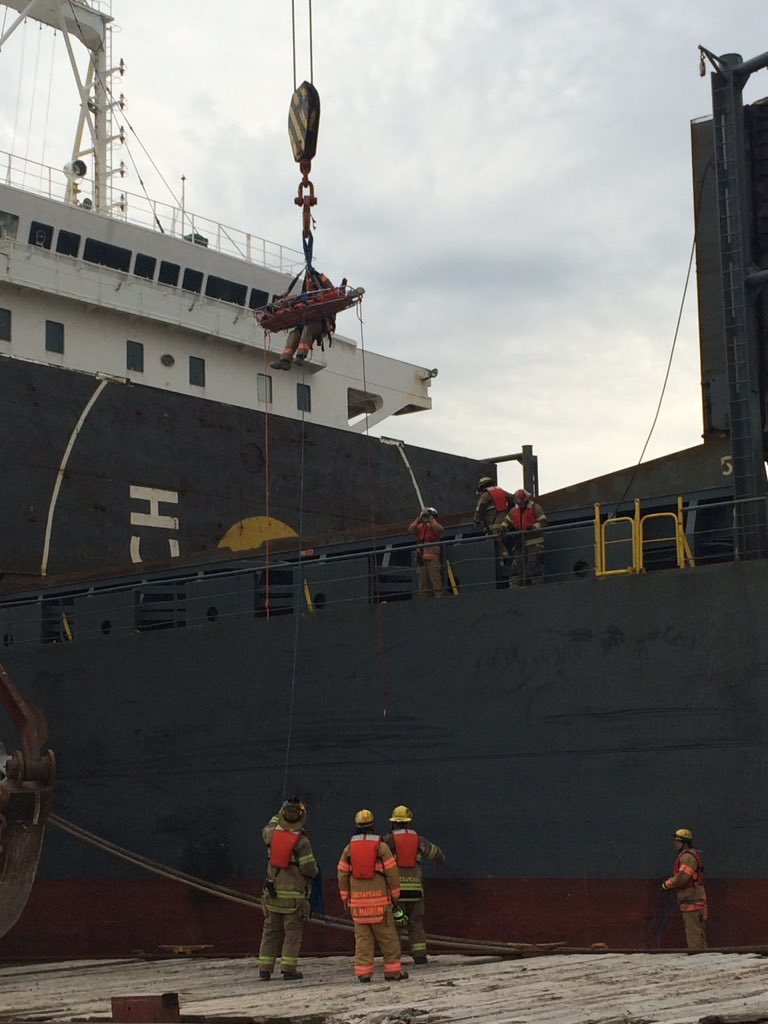 According to Captain Scott Saunders with Chesapeake Fire Department, the worker fell on a ship they were working on and has a leg injury.

The worker was located approximately 60 feet down from the top of the ship’s deck. Officials from Kinder Morgan say the man was walking on that lower level when he slipped and injured his leg.

A crane with a rescue basket attached was used to pick the worker up. He has been transported to a local hospital.

More details will be posted as they become available.