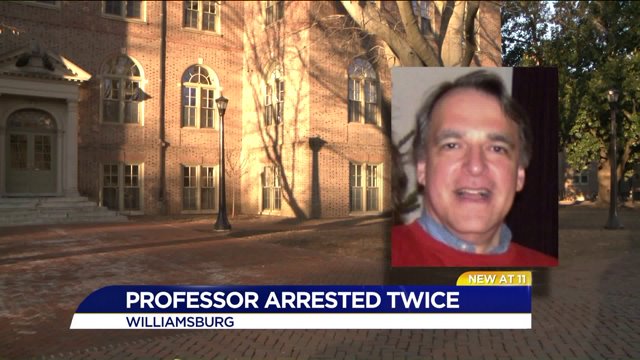 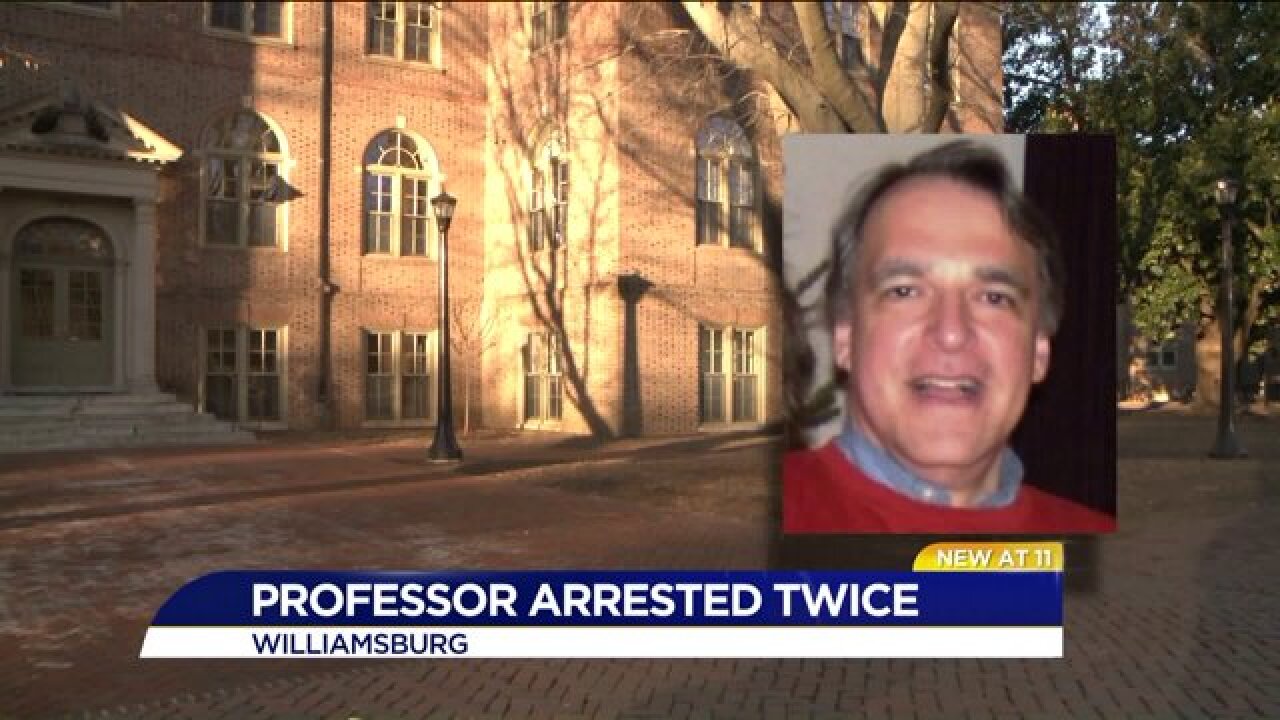 WILLIAMSBURG, Va. - A William & Mary professor has been arrested and charged for the second time in one year for harassing a colleague with obscene emails.

David Dessler's bio is full of accolades. It's a sharp contrast to an email sent to a former department chairman littered with obscenities and threatening language. Dessler has been with the college for more than 32 years. A concerned student who asked News 3 to hide his identity said Dessler's achievements are well known.

"I had only ever heard positive things about him. I had never heard a bad thing about him," said the student.

Until the charges. According to court documents, around this time last year, Dessler was arrested for sending John McGlennon an email using profanity and threatening him.

On Jan. 13th of this year, Dessler was arrested again for sending dozens of emails berating college officials. In one email, Dessler told a story about someone being "strung up and strangled by the neck."

A college spokeswoman said Dessler has not been in the classroom since Oct. 2015 and even though he is tenured, his current status with the college is inactive. His bio is still on the website.

The student who spoke to News 3's Kim Cung said the lack of information was what frustrated him. "I was very upset about it and the fact that there was little to no communication about something that was going on within the department I study in."

Students who did not want to comment on camera coming to Dessler's defense said he suffers from mental illness.

"It was pretty upsetting to know this long employed professor over one incident was now not allowed to be on campus, not allowed to communicate with students," said the student.

Dessler is currently out on bond. His trial date is set for April 13.