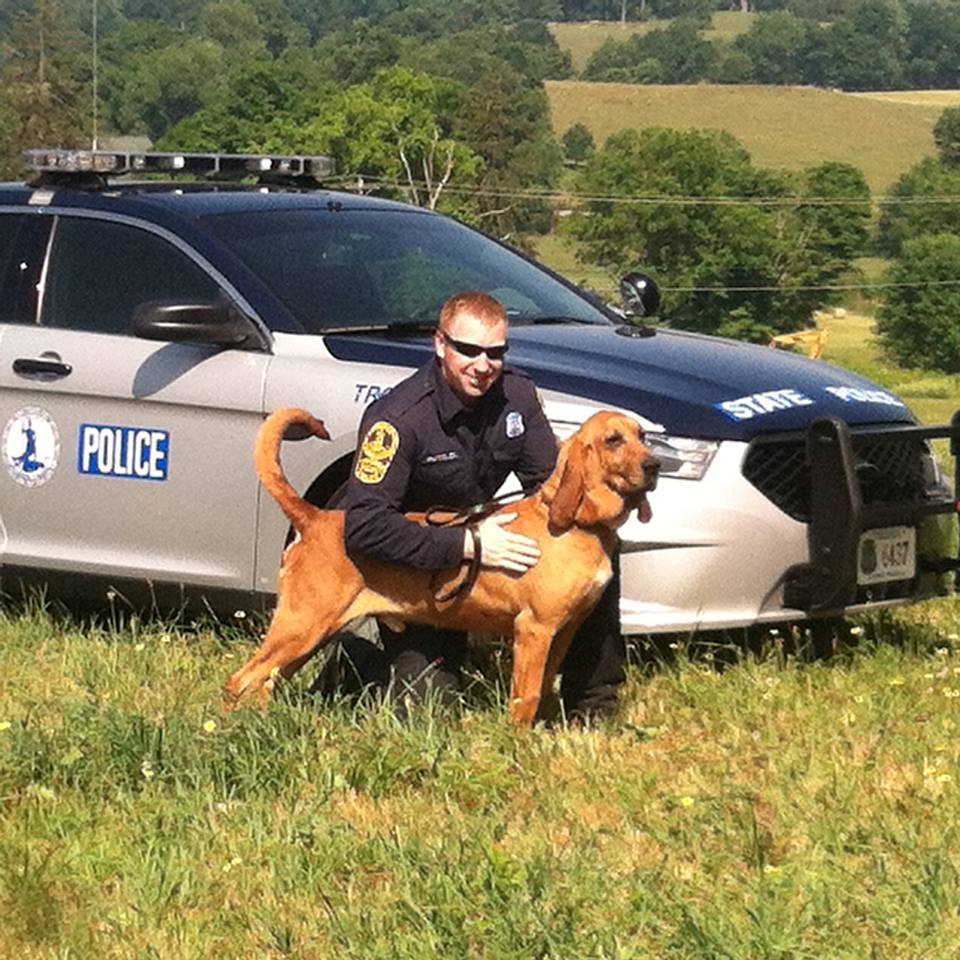 The bloodhound, officially known as Reuben James, was the VSP’s sixth bloodhound when he joined the department in 2010.

On February 18 while he was recovering from an injury Moe took a turn for the worse and had to be euthanized.

He first partnered with now-Sgt. N.L. Lomasney (Salem Div) and then paired up with Sr. Trooper B.R. Boteler (Culpeper Div) in 2014.

Prior to joining VSP, Moe worked with Virginia Department of Corrections.

At 9 years old, the AKC Registered bloodhound had been on “light duty,” as Moe waited for VSP to finalize his retirement papers.