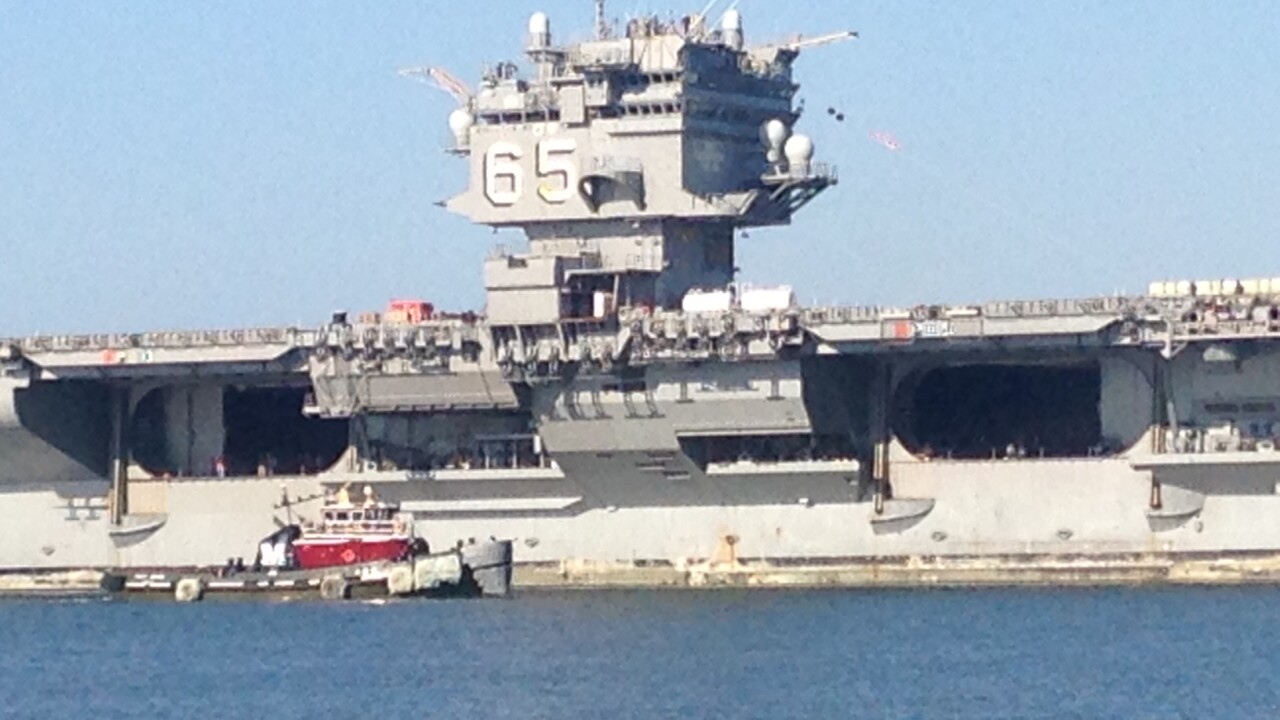 NEWPORT NEWS, Va. – The former USS Enterprise will be temporarily be put into storage as the Navy takes more time to decide the best approach for disposing what’s left of the ship.

The world’s first nuclear-powered aircraft carrier was decommissioned during a ceremony at Newport News Shipbuilding in early February.

In a release, Naval Sea Systems Command says the Navy has decided to cancel an August 2016 Request for Proposal for the commercial recycling of the non-nuclear portions of the former USS Enterprise, CVN 65.

The decision to cancel is the result of needing more information to determine the approach for disposal, “that is more technically executable, environmentally responsible and is an effective utilization of Navy resources.”

The Navy has been considering three options for disposal.

The first option is commercial recycling of the non-nuclear parts of the ship, followed by reactor compartment packaging at Puget Sound Naval Shipyard and Intermediate Maintenance Facility.

The second option would involve commercial recycling of the entire ship, including dismantling the eight defueled reactor plants.

A third option would be to place the ship in intermediate-term storage for a limited number of years and deferring a decision on disposal until later.

The CVN 65 inactivation availability at Newport News Shipbuilding is scheduled to end in August.

The Navy says they are working to ensure the ship is recycled in a cost-effective and environmentally responsible manner and note this is the first-ever disposal of an nuclear-powered aircraft carrier.

After decades of service, the USS Enterprise will take her final bow Friday

USS Enterprise will be officially decommissioned on February 3

The end of an era: The USS Enterprise takes its final voyage