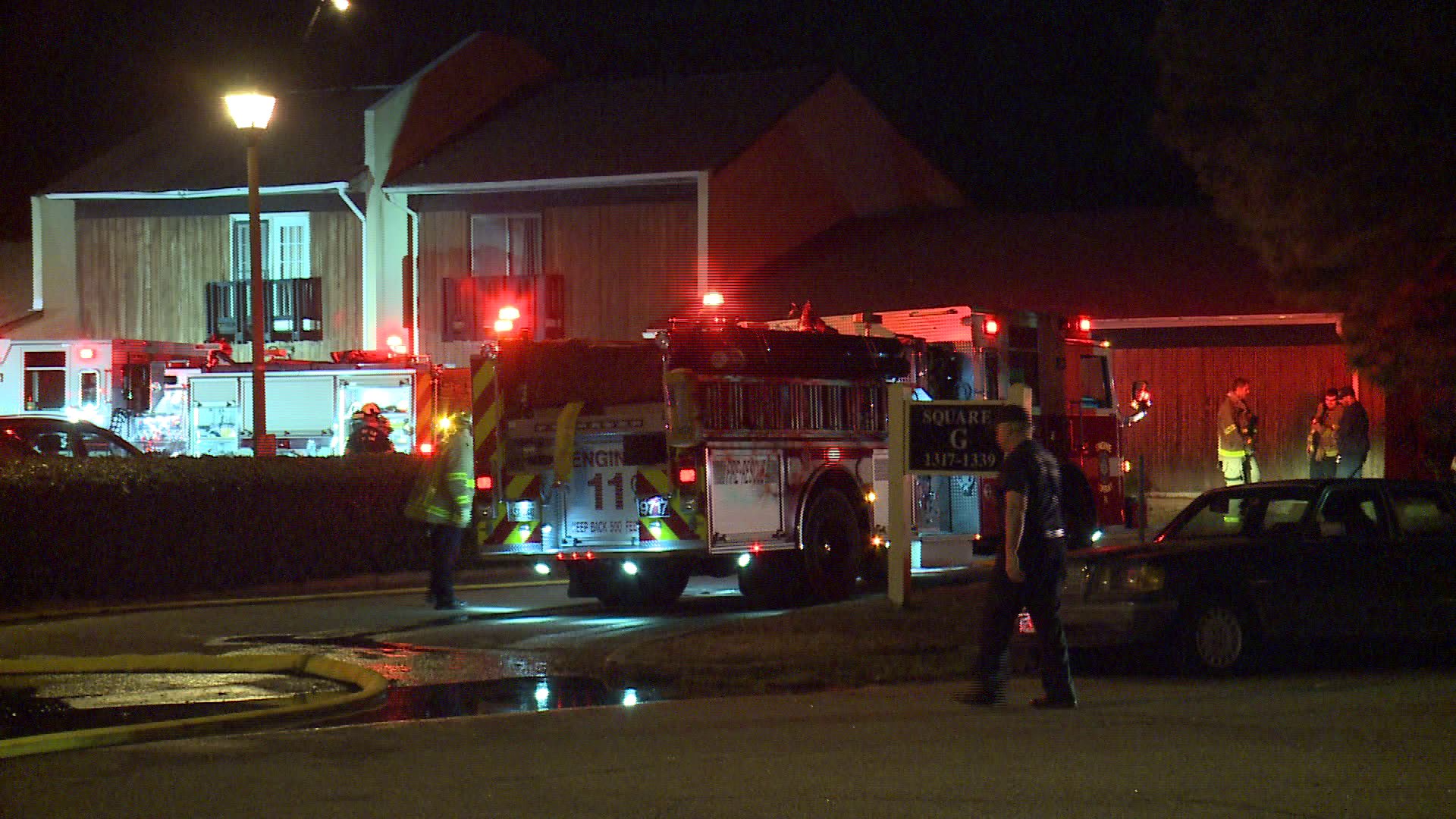 Police dispatch got a call about the incident at 7 p.m.

Fire crews arrived to the 1300 block of West Tanners Creek Drive and saw smoke and flames coming from the building.

Officials said the fire was under control within 30 minutes.

One person was treated at the scene but was not taken to a hospital and no firefighters were injured.

Two adults were displaced and the cause of the fire is under investigation.